Limerick SFC round one previews 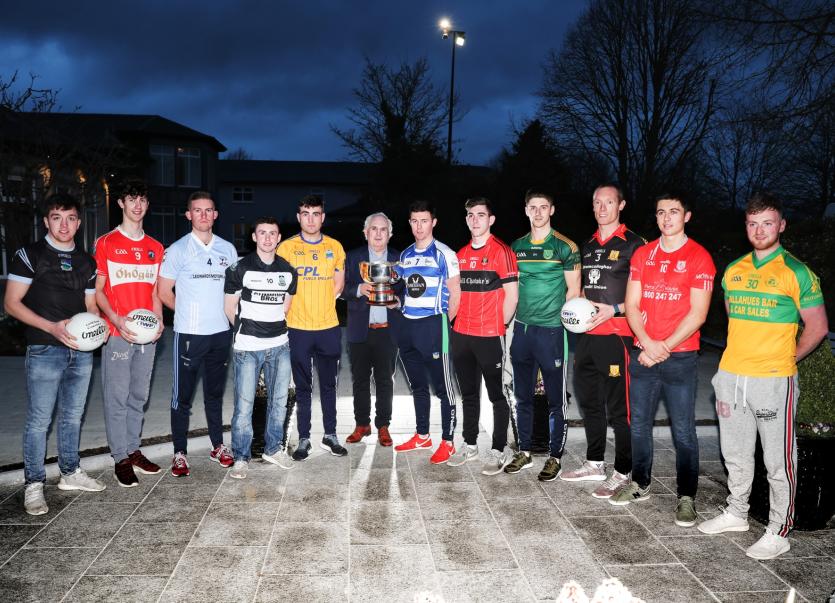 THE Irish Wire Products Limerick SFC kicks-off this weekend with Adare embarked on their quest for a hat-trick of titles.

Although Monaleen and Dromcollogher-Broadford have put titles back-to-back in recent times, it’s 1975 since Treaty Sarsfields completed the last three-in-a-row of Limerick SFC wins.

There is Limerick SFC and IFC for the next two weekends and the club championship will then break until July with Billy Lee’s inter-county team in Munster SFC action on May 11 against Tipperary in Thurles.

Billy Lee used 31 different players across seven games in Division Four of the Allianz Football League and just 19 of these come from Limerick SFC clubs – last year’s county finalists Ballylanders, Ballysteen and Oola three senior clubs without a player on the county senior set-up at present.

Both have the same management as last year and have contributed five players each to the inter-county set-up through the Winter and Spring.

Both have two ACFL games played but Adare are playing in Division Two and therefore Monaleen should have two greater tests under their belt.

A first Limerick SFC meeting since 2010. Neither reached the knockout stages last year and both have new-look managements.

The Abbeyfeale men have three ACFL games played while the Foynes-Shanagolden side had just one outing and that’s in Division Two.

A repeat of last year’s quarter final, which the south Limerick men won despite having a man sent-off. Two clubs with homegrown backroom teams and neither with any current ‘county men’.

A repeat of the 2015 county final, which Newcastle West won.

They lost in the semi final to Ballylanders last year while Drom-Broadford weren't involved in the business end of the championship for the first time in 18 years.

This tie comes four days after Doon were crowned U-21 hurling champions and certainly Josh Ryan for one will be involved. Dual players Darragh O’Donovan and Richie English won’t be with Oola.

IT’S 2016 since a Limerick SFC meeting of this duo. This is the only SFC tie moved due to the Allianz Hurling League final.