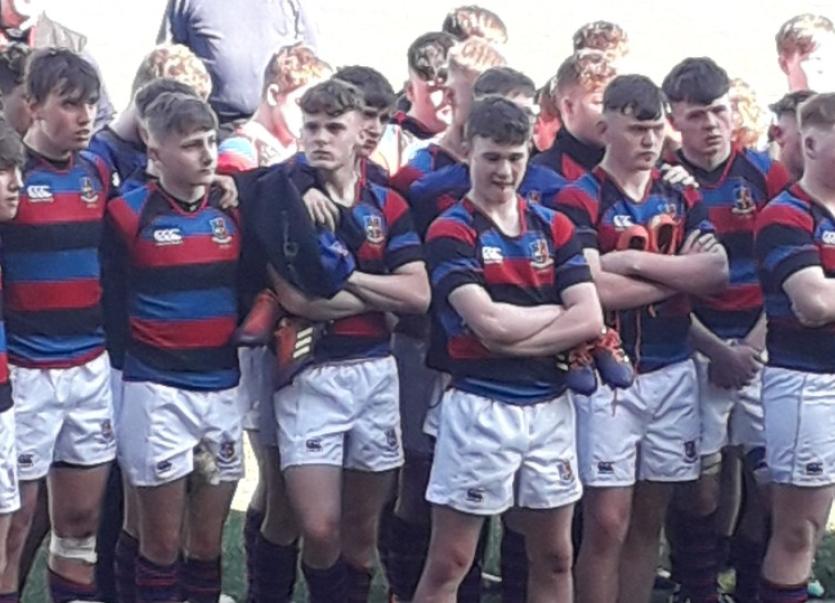 In a highly entertaining decider, the Tipperary side had the edge when it most mattered and they scored at crucial times to take the heart out of a courageous and fully committed Limerick side.

It was a thrilling first half with Rockwell leading 12-7 after 15 minutes. The Tipperary side were first on the scoreboard, taking the lead with just eight minutes played, Brian Gleeson using his strength to barge over from eight metres out.

Rory Collins was off-target with the conversion attempt. St Munchin's fought back from the re-start, using patient build-up to make their way into the Rockwell 22 and second-row Stephen Hayes levelled the score with Cillian O'Connor's conversion putting the Corbally side 5-7 in front.

With 13 minutes played Rockwell went back into the lead, their pack again providing the platform and hooker Cian Meaney got in for his side's second try, converted by Rory Collins that put five points between the sides at 12-7.

Turning point of this game came three minutes before the break, Rockwell's left wing Darius Achimugu blazing past the Munchin's defence for an outstanding individual score to push Rockwell into a17-7 advantage at the break.
Rockwell increased their lead to 20-7 on 45 minutes, Rory Collins slotting over a close-in penalty.

It was going to take a miracle for St Munchin's to come back from that set-back but to their credit, they fought hard to the finish.

They reduced the lead to 20-12 with a try from tight head prop Gus Harrington but missed the conversion that would have offered them a converted a try to get back into the lead.

Rockwell played cleverly in the remaining minutes, kicking deep and accurately to run down the clock and keep the ball in the St Munchin's half and another penalty from the boot of Collins put paid to any hopes of a Munchin's recovery.