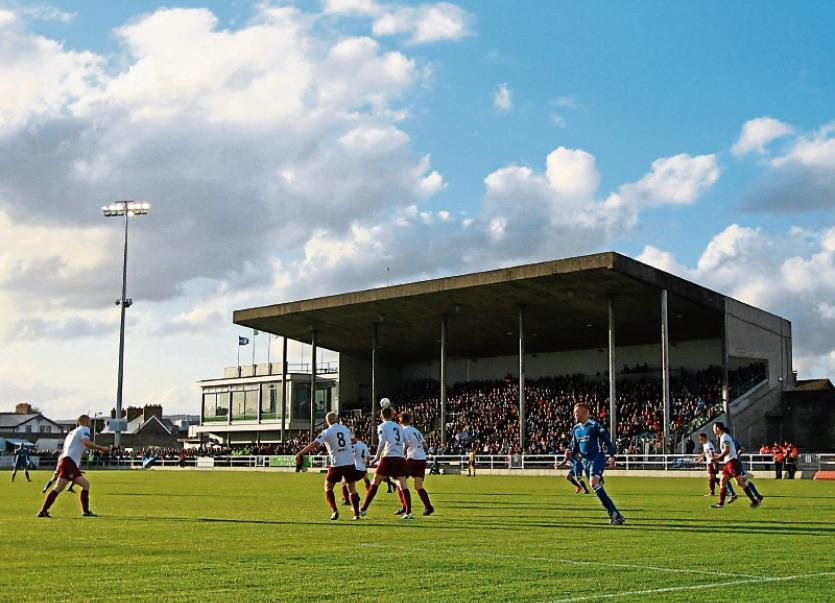 LIMERICK FC will be chasing a hat-trick of wins in the First Division of the SSE Airtricity League this Friday night when the Blues host table toppers Athlone Town at the Markets Field, 7.45pm.

Tommy Barrett's charges made it back-to-back wins in the First Divison last Saturday when edging past Cabinteely 2-1 at Stradbrook.

The win saw the Blues move to within a point of joint table toppers Shelbourne, Bray Wanderers and Athlone Town and level on points with fourth-placed Longford Town who do have a game in hand.

Limerick FC remain unbeaten at home this season from their three league fixtures at the Markets Field ahead of Athlone's visit to the Garryowen venue.

Goals in either half from Sean Russell and Connor Ellis on Saturday helped Tommy Barrett's charges make it back-to-back league wins in Stradbrook on Saturday.

However, Limerick goalkeeper Jack Brady played a huge role in the win as he superbly saved a second half penalty.

Limerick FC manager Tommy Barrett told the SSE Airtricity League website: “It was a great win I was delighted with it.
Stradbrook is a tough place to come to. But we dug in and get a good result. I knew at the start of this season that it is a tough Division.”