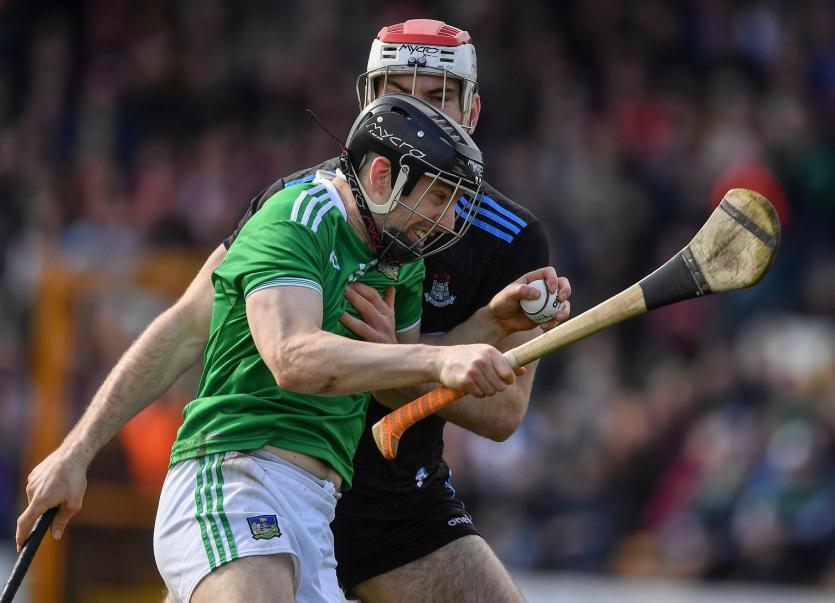 Limerick's Graeme Mulcahy is tackled by Paddy Smyth, of Dublin, in their Allianz Hurling League Division 1 semi-final at Nowlan Park, Kilkenny, on Sunday

ALL-IRELAND champions Limerick are odds-on favourites to add the Allianz Hurling League Division 1 trophy to their silverware collection on Sunday next, according to the bookmakers.

Munster rivals Limerick and Waterford will face-off in this year's Division 1 league decider at Croke Park on Sunday next, 2pm.

Limerick secured a spot in their first League final in 13 years with a 1-19 to 1-16 victory over Dublin.

The reigning All-Ireland champions have been chalked up as 4/7 favourites for the decider and are still odds-on at 10/11 to win, even with their opponents handed a virtual two-point start.

Waterford found themselves with a two-point deficit at the break against Galway but survived the late dismissal of Mikey Kearney to run out 1-18 to 0-19 winners to earn themselves an shot at their first National League crown since 2015.

BoyleSports have made Waterford 15/8 outsiders for the clash which has been confirmed as part of a Croke Park triple-header this Sunday alongside the Division 1 Allianz Football League final as well as the Camogie League deciders.