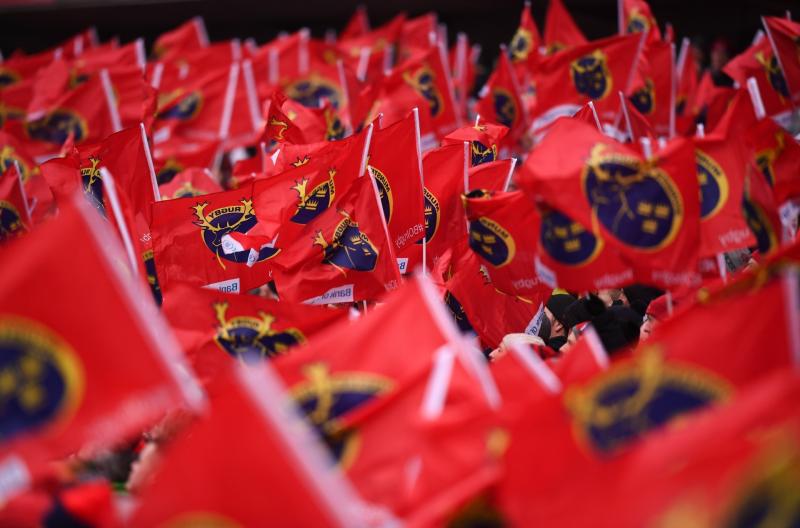 MUNSTER Rugby has reported 'offensive on-line harassment and abuse' of a number of the province's players to An Garda Siochána.

Munster say the perpetrators of the abuse on social media platforms are 'actively looking to destroy reputations and falsely represent people' in their posts.

A Munster rugby spokesperson said social media accounts and offensive posts have been created in recent months 'for the purpose of attacking and abusing players, while also falsely claiming to be Munster Rugby players online.'

The online abuse, which has appeared on Instagram and Twitter, is not of a rugby or sporting nature. It is offensive and inappropriate.

A spokesperson for Munster Rugby also said the abuse has moved 'outside of the sporting sphere', not related to a player's performance in a particular fixture.

The spokesperson confirmed that An Garda Síochána have been informed of the ongoing online harassment.

A Munster Rugby spokesperson added: "This is not rugby-related. This is targeted abuse and has moved beyond the players' themselves. It has linked in to their family and friends. These people are actively looking to destroy reputations and falsely represent people.

"With the on-line world you cannot control most of it. It's other peoples' accounts, other peoples' posts. We cannot remove, we can't delete them. Obviously we report them, we use the mechanisms that are available to us with regard to reporting on the social media platforms, but it is on-going, it is continuing to happen.

"It is the level and the nature of the posts, the commentary and the accounts and what they are trying to get across.

"This harassment is of a nature that it warrants Garda investigation and intervention."

The on-line harassment is continuing at a time when Munster's season is reaching a critical stage with the province facing a crucial Guinness PRO14 clash with Zebre at Thomond Park this Saturday, following by their Heineken Champions Cup quarter-final clash with Edinburgh in Murrayfield on Saturday, January 30.

The Munster Rugby spokesperson said: "First and foremost our players are people. While the public see them as sportspeople, there are people number one in our line of work and rugby players number two.

"The abuse effects so many people, you see young people in the papers every week, you are seeing the ramifications of the on-line world, cyber-bullying, on-line harassment."

Asked if there was a concern for the province that the abuse might have a negative impact on Munster's performances for the remainder of the season, the spokesperson added: "We are all united and unified on this, we're all aware of it.

"We have been addressing the group and working with the players closely on this. Obviously, the Gardai would have been brought in, so we have had detectives explain the process of how that all works.

"We are checking in constantly with the players. I think actually venting these things unifies you, because, it maybe is an attack on one player this week and another player next week, some players may not be getting it, but as a group you stand together on it.

"It effects all of us, but we all work together to try and get through it.

"This abuse has been going on for months and we haven't seen that (negative) effect on the pitch. We had won seven in a row up to losing our most recent game. This is going on in the background for months and it hasn't impacted on performance. As a group everyone is very strong and united on it.

"From a player welfare point of view, it is constant communication with players, it is talking to the Gardai it is bringing in external services where possible, we are speaking with a forensic scientist at the moment just to talk about on-line behaviours.

"It is education and is about coping mechanisms. That is a big thing from our side. That links back to the sports side of things even, when they are playing and they get negative commentary and opinions which comes part and parcel of being a professional sportsperson.

"Our biggest objective there is to make sure players can cope with that, so that now is moving into another level that we have never seen before. Now we are trying to address that and see how we work with our players on this and make sure everyone is coming through the right side of it."

In response to a query relating to the matter, An Garda Siochana said they 'do not comment on named entities.'