Limerick and Dublin to tussle for league final spot 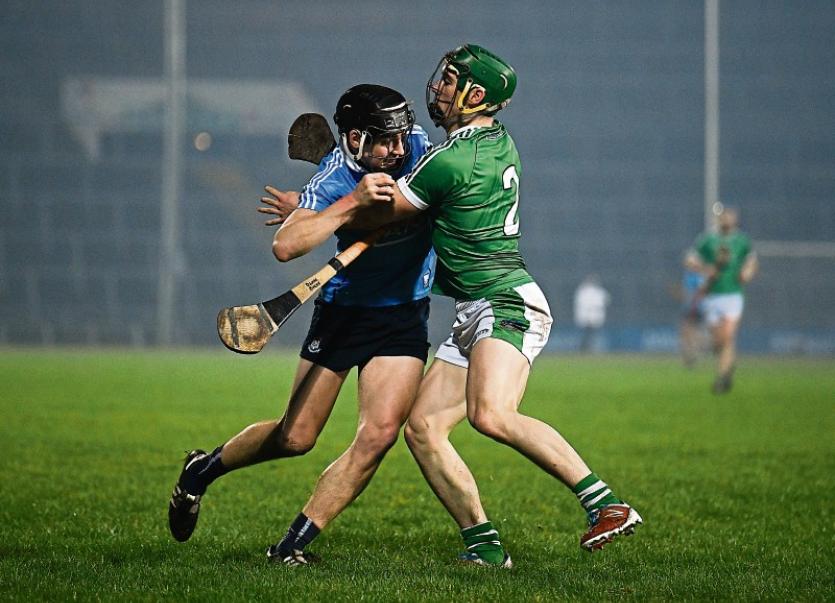 No pushover: Donal Burke of Dublin in action against Sean Finn of Limerick when the sides met in the league last season. This Sunday they meet again in the semi final of the Allianz Hurling League

A first hurling league final appearance since 2006 is the prize on offer for Limerick this Sunday.

For the fifth time in seven league games the All-Ireland champions are on their travels for the Limerick-Dublin tie and after a decade without Allianz Hurling League action in Nowlan Park, it’s back to Kilkenny for a second time in five weeks for the semi final this Sunday (1.30pm).

The second part, both live on TG4, of the Nowlan Park double-header is Galway v Waterford at 3.30 which will confirm the March 31 league final pairing.

The league final will most likely be played in Semple Stadium but Croke Park could be a possibility, if Galway were to be involved in both the hurling and football league finals that day.

Twenty two years ago the semi final was also won in Nowlan Park and Limerick progressed to beat Galway in the final in Ennis.

The bookies suggest another Limerick-Galway league final, which would of course be a repeat of last August’s All-Ireland SHC final. Limerick and Waterford have never met in a league final.

But first, Limerick must win a first ever semi final meeting with Dublin. The sides have met in quarter finals in recent times and in the final of 1934, but Sunday will be the first semi final tie.

Back in 2015, Dublin were 12-points winners in Croke Park in a quarter final tie and 10 of the current Limerick panel saw action in that disappointing defeat. Limerick did regroup to win a Parnell Park quarter final 12-months later and were also winners last year when the sides met in a Gaelic Grounds group game.

For Sunday, the bookies make Limerick the 3/10 favourites with Dublin available at 3/1.

There are five in the Limerick set-up that will potentially be starting a fourth successive league semi final and yet to taste success – Nickie Quaid, Richie English, Diarmaid Byrnes, Gearoid Hegarty and Cian Lynch.

Na Piarsaigh duo Mike Casey and William O’Donoghue have missed the league to-date with injury but are now back in full training.