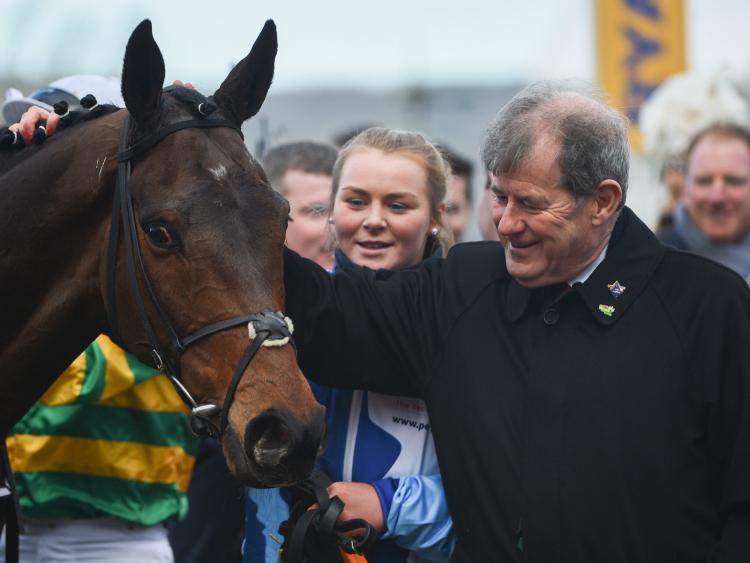 LIMERICK racehorse owner JP McManus had a Thursday to remember at the Cheltenham Festival when claiming a hat-trick of wins at the famed National Hunt Festival.

McManus has now seen his famed green and gold hoop colours carried to success on a stunning 58 occasions at the Cheltenham Festival.

Geraghty and McManus teamed up again to win the day's second race with Sire Du Berlais (4-1) edged out the 40-1 chance Tobefair by a neck in the Pertemps Final.

The seven-year-old was trained by Gordon Elliott.

Trained by Ted Walsh and ridden by Derek O'Connor, the 6-1 winner galloped all the way up the Cheltenham hill to hold off Kilfilum Cross and fast-finishing The Young Master.