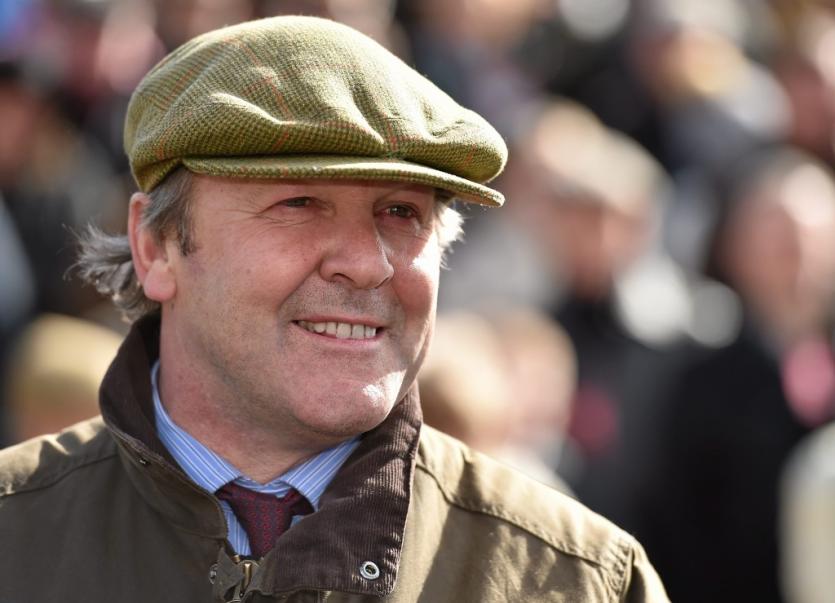 Bruree-based Bolger, dubbed 'the King of the Banks' is doubly represented in the unique contest, courtesy of Auvergnat and Josies Orders, both carrying the green and gold hoop colours of JP McManus.

The former captured the valuable Paddy Power Chase at Leopardstown over an extended three miles in December and finished fourth to Tiger Roll, trained by Gordon Elliott, in the 2018 edition of the Glenfarclas Chase.

Josies Orders, the 2016 winner of Wednesday's contest, was sixth to Tiger Roll last year and has already tasted success over the Cross Country fences at Prestbury Park this season at The November Meeting.

The 11-year-old son of Milan recorded a two-length success on his latest start in a Cross Country contest at Punchestown in February.

Bolger has won the Glenfarclas Chase on five occasions courtesy of Spot Thedifference (2005), Heads Onthe Ground (2007), Garde Champetre (2008 & 2009) and Josies Orders (2016). He reported today: "Our horses have travelled over well. We just had a walk of the track and it's going to be good to soft, good in places, which shouldn't affect any of our horses - I'm looking forward to it.

Enda Bolger said: "I would say this year's Glenfarclas Cross Country Chase is the best renewal of the race. Obviously, Tiger Roll is the one we all have to take on and is the standard bearer. There's 32 fences to be jumped and we're looking forward to the race.

"Auvergnat won a nice pot over Christmas at Leopardstown and we intentionally have kept him fresh for this event.

"Josies Orders also won nicely at Punchestown on his latest start. Both of the horses know their way around here well and we're looking forward to good runs, but Tiger Roll is the horse you have to seriously respect.

"I haven't had a winner at the Cheltenham Festival since On The Fringe won the Foxhunters three years ago."

The Limerick hanlder looks to hold a live chance in this year's renewal, staged on Gold Cup Day, Friday, with Stand Up And Fight, a winner of a hunter chase at Down Royal in December. The trainer continued: "Stand Up And Fight will be ridden by Derek O'Connor and we think he is a very nice horse.

"Being a seven-year-old, he is a relatively young horse for the Foxhunters. Wherever he finishes, I think he will be a better horse next season as this is his first run at Cheltenham, but we're looking forward to running him."