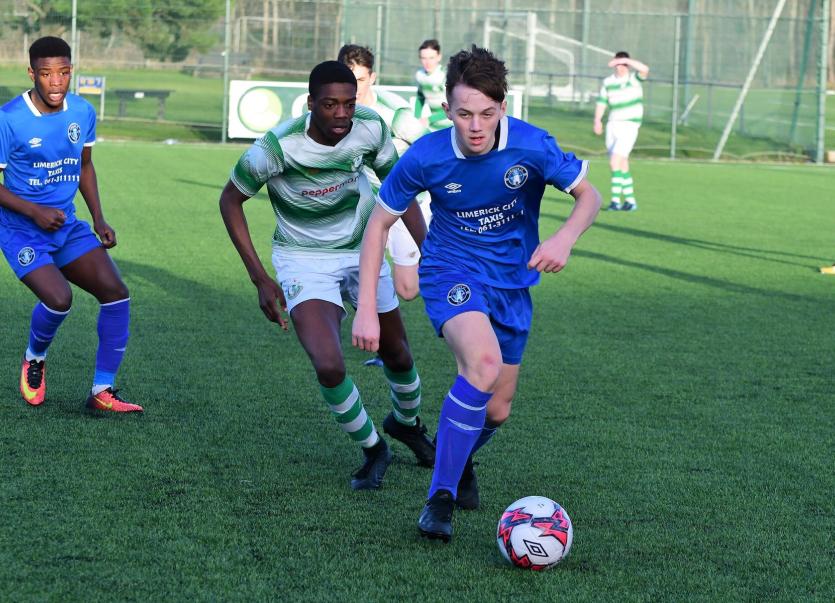 LIMERICK FC U17s suffered a 2-0 defeat to Shamrock Rovers in the opening fixture of the SSE Airtricity National U-17 League Southern Division played at the Roadstone Grounds, Dublin on Saturday.

Starting strongly in the first half, home side Shamrock Rovers were aggressive in their tackling and playing penetrating passes into the final third.

In the 17th minute, Dean McMenemy made the breakthrough when putting Shamrock Rovers 1-0 ahead with a precisely hit shot from the edge of the penalty box.

Limerick fought back strongly, and during an excellent period of positive play, they hit the
crossbar twice.

However, in the final minute of the opening half, Roland Banya put the Hoops 2-0 up when he got on
the end of a cross at the back post to double the home side's lead at the break.

In the second half, the game was a much closer affair with both teams looking to get in control of the possession.

Limerick brought in fresh legs with the introduction of Ankomah, Quinlivan and Haxhiaj.

For the last 25 minutes, Limerick started to drive Rovers back into their own half and were consistently attacking to get a goal, but the Rovers defence held strong to close out a 2-0 win.

Limerick will take lots of positives from this game going into next week's first home game of the new SSE Airtricity League National U17 League against Wexford Youths at 2pm in Hogan Park. All support appreciated.