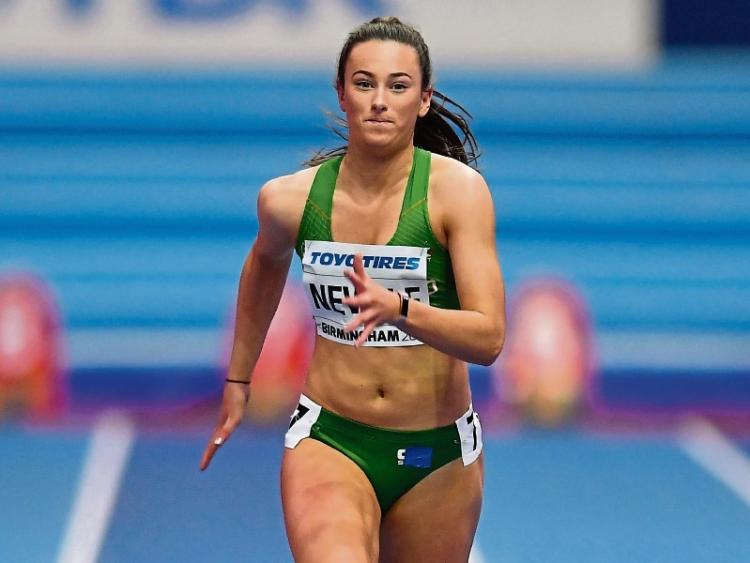 LIMERICK athlete Ciara Neville was forced to withdraw from her heat at the European Indoor Athletics Championships in Glasgow on Saturday morning.

Emerald AC athlete Neville, from Monaleen, had been due to compete in the opening heat of the womens' 60m shortly after 11am on Saturday.

However, Athletics Ireland confirmed in a tweet sent just before 10am that teenager Neville, who was due to compete in her second European Indoor Championships, has had to withdraw from this morning’s women’s 60m heats 'due to illness.'

Neville clocked a time of 7.40, behind race winner Molly Scott, of SLOT, who ran a personal best time of 7.32 seconds.

Limerick teenager Neville reached the semi-final of the 60m in the European Indoor Championships in Belgrade two years ago, in her first international senior championship.

The former Castletroy College student clocked 7.49 in her semi-final in 2017 to miss out on progressing to the final.

Ciara Neville was awarded the Limerick Junior Sports Star of the Year accolade for 2018 at a gala awards ceremony in the Radisson Blu Hotel on the Ennis Road just over a week ago. The awards are organised by the Limerick Leader newspaper in association with the Radisson Blu' Hotel and Keanes Jewellers.