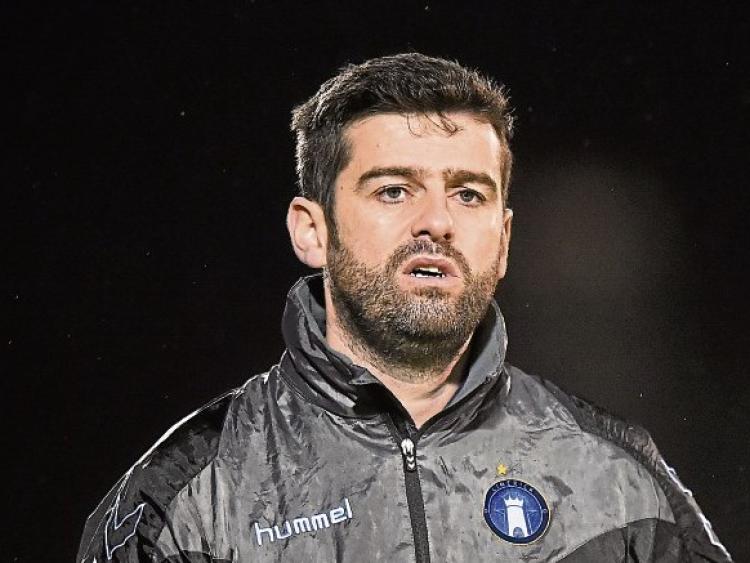 LIMERICK FC were left to rue a first half penalty miss as Bray Wanderers ran out 2-0 winners of their SSE Airtricity League First Division fixture before an attendance of 1,051 at the Carlisle Grounds on Friday night.

Limerick, who had beaten Bray in each of their four Premier Division meetings with Bray last season, had a big chance to take the lead on 35 minutes when awarded a penalty.

However, Conor Ellis' effort from the penalty spot was brilliantly bsaved by Wanderers 'keeper Gabriel Sava.

Tommy Barrett's Limerick side then fell behind two minutes before half-time when Joe Doyle powered in his first Wanderers goal with a powerful header from Dean O'Halloran's cross.

Limerick, who went into the game on the back of an encouraging 0-0 draw at home to Longford Town a week earlier, conceded a second goal four minutes into the second half when Paul Keegan scored with a 25-yard screamer.

Bray, who began their First Division campaign with a 3-0 away win over Cabinteely, have now made it two wins from two in the First Division.

Limerick face a quick return to action as Barrett's charges travel to St Colman's Park on Tuesday night, 7.45pm, for an EA Sports Cup first round tie with another First Division side, Cobh Ramblers.

The Blues next outing in the First Division is a home game against Drogheda United at the Markets Field on Friday night next, March 8 at 7.45pm.