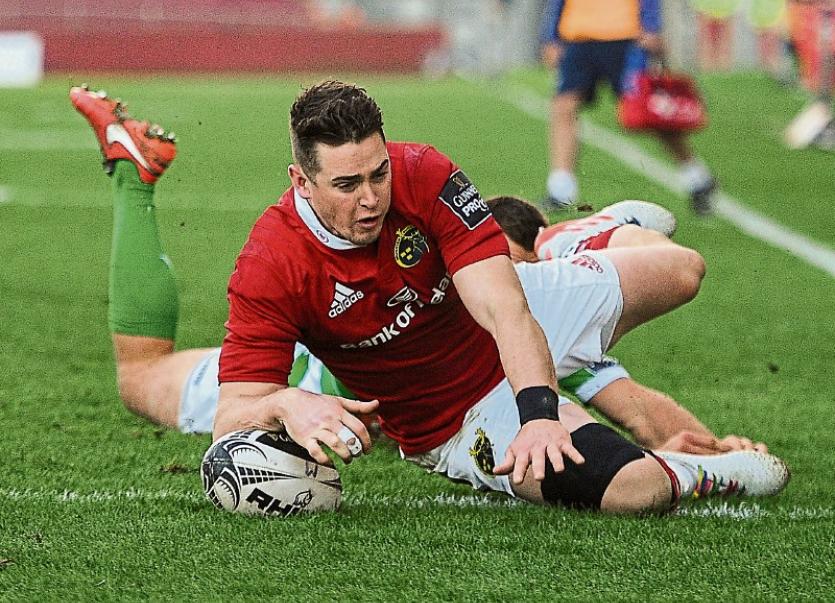 Ronan O'Mahony starts on the wing for Munster's Guinness PRO14 clash with the Scarlets at Parc y Scarlets on Saturday, 5pm

THE Munster team has been named for Saturday’s Guinness PRO14 clash away to Scarlets at Parc y Scarlets, 5pm, live on eirSport and TG4.

Billy Holland captains Munster with seven changes to the side that defeated Ospreys last Friday night.

Centre Rory Scannell returns to the starting XV for his 100th Munster appearance and will become the youngest ever player to reach that landmark having turned 25 in December.

It’s all change in the half-backs with Alby Mathewson and Bill Johnston coming into the side. The final addition to the backline sees Ronan O’Mahony named on the right wing.

John Ryan returns from international duty to start at tighthead prop, Jean Kleyn has recovered from illness to start in the second row and Conor Oliver is named in the back row.

Mike Haley starts at full-back with O’Mahony and Darren Sweetnam named on either flank.

Scannell is partnered by Dan Goggin in the centres with Mathewson and Johnston at scrum-half and out-half respectively.

Jeremy Loughman, Rhys Marshall and Ryan pack down in the front row with Kleyn and captain Holland in the engine room.

Fineen Wycherley, Oliver and Arno Botha start in the back row.

The province have won seven games in a row and lead Guinness PRO14 Conference A by a single point. Scarlets have lost just one PRO14 game at Parc y Scarlets since September 2016.