Limerick FC are off to the seaside to face Bray  Wanderers 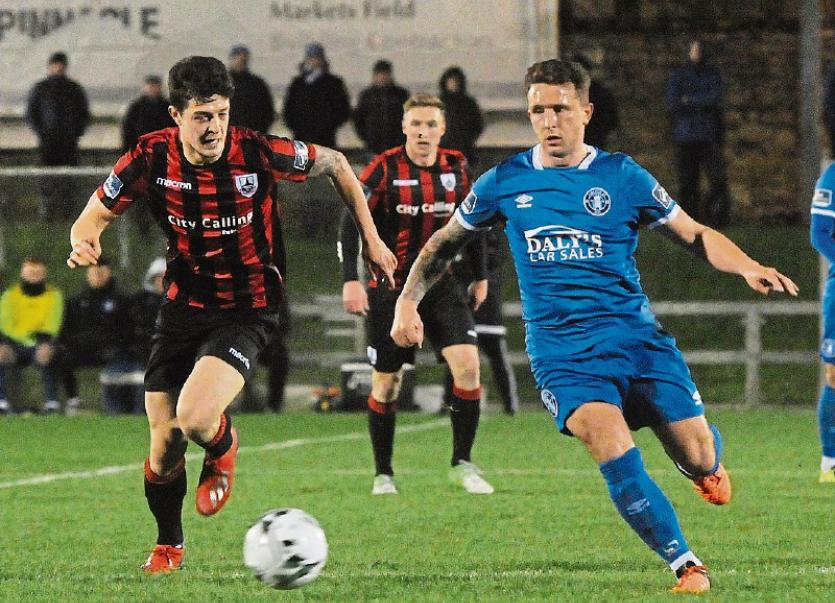 Limerick opened their league season with a hard fought 0-0 draw against Longford Town at the Markets Field on Friday night before a healthy ‘official attendance’ of just over 800.

Friday night’s opponents Bray opened their season with a convincing 3-0 away win over Cabinteely.

Limerick FC manager Tommy Barrett said: “It was a decent point for us against Longford on Friday, particularly as they have been tipped to be up there and all those lands have a lot bigger budgets than us, the likes of Longford, Bray, Drogheda, Shels.

“They have a lot of pro players and we have mainly amateur players and a few part-time pros.

“Bray have signed three or four lads from last year’s Waterford team which qualified for Europe.

“We signed three junior players and Sean Russell and Robbie Williams from a First Division team. When you look at it that way it is going to be a really difficult task for us.

“In saying that, its eleven against eleven and we will go up and give it our best shot to try and get a result.”

Barrett confirmed that Limerick would be signing any more players before the transfer window shuts.

“I would say we are done now (with transfers). We have to keep it steady, we have lots of things to work off and get right off the pitch in terms in bedding down our proper facilities, getting people in place in order to give a better matchday experience, we have to get all those things right as well.

“When we do that hopefully we can build and be as competitive as we can. If we are in a good position, maybe we will be in a position to bring in players in the summer then.”

Barrett is confident Limerick can score goals on a regular basis this season, despite drawing a blank on their first home fixture of the season on Friday night.

He said: “Hopefully Conor Ellis can have a good season for us. We have Sean McSweeney in too and hopefully he can get a few goals, then we have Kieran Hanlon who came on and caused a bit of hassle the other night. He needs to get fitter.

“You have young Adam Foley who probably isn’t ready for the level just yet and that is where we need an U23s league or some kind of other reserve league. He has been playing well in Universities football, but it is a big step up and we are going to have to use him sparingly until he gets used to the physicality, especially as a centre forward, because it is a real tough position to play in.”

Limerick have a number of injury concerns ahead of Friday night’s trip to the Carlisle Grounds to face Bray, including winger William Fitzgerald and defenders Shane Tracy and Killian Brouder.

“Both Shane Tracy and Will Fitzgerald will be out for a while. Will is probably three or four weeks away with a groin issue, we’re not sure, he has to get a scan this week. Shane, has a knee injury and will have a scan this week too. Initial observation is that we think he will be at least two weeks.

“They are big losses. Any loss to us is a big loss. Killian Brouder is obviously out too. We are hoping to get Killian back this week if we can.

Barrett says the ‘Blues’ don’t have significant scope to make changes in personal for that game from the side which takes on Bray, given their injury issues.