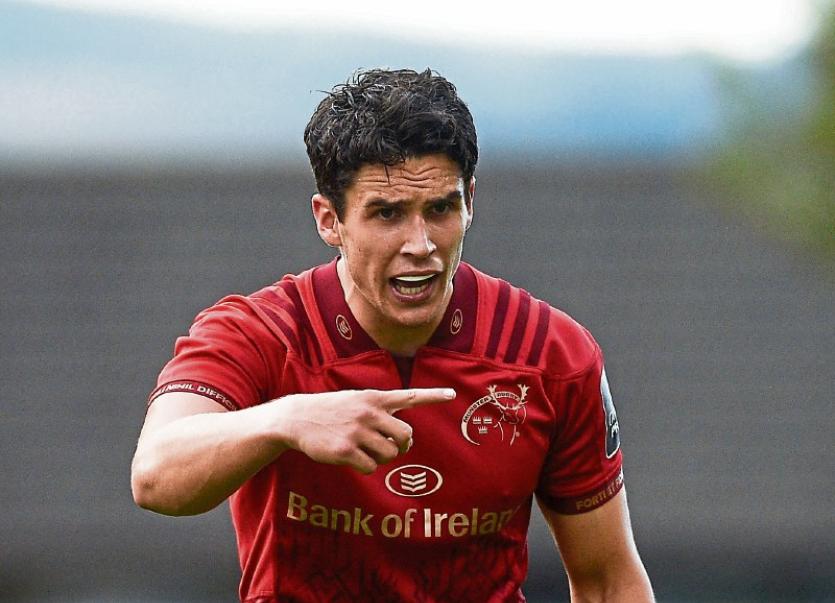 MUNSTER head coach Johann van Graan expects their Ireland out-half Joey Carbery to be sidelined for 'a few weeks' due to a hamstring injury.

Talented play-maker Carbery was ruled out of Ireland's Six Nations clash with Italy on Sunday due to the injury.

Speaking at Munster's weekly press briefing at UL on Monday, Van Graan said: "Joey will remain with the national team. He will be out for a few weeks with the hamstring injury. We will just take our time week by week. Our medical team and their medical team will stay in contact. Hopefully we will have him back soon."

Munster will face Edinburgh in the quarter-finals of the Heineken Champions Cup at Murrayfield on Saturday, March 30 at 12.45pm.

Asked if he believed Carbery would be fit in time for Munster’s record-breaking Champions Cup appearance in the Scottish capital, van Graan said: "It is a bit early to say. It’s a hamstring injury and it takes a bit of time to settle. Obviously for us it’s a worry that he is hurt.

"He is one of our best players and we would love to have him for that game but that is still a very long way down the road. Hopefully he will be back for Ireland against Wales or against the French."

Asked for an update on CJ Stander’s facial injuries sustained while playing for Ireland against England on the opening weekend of the Six Nations, Van Graan said: "He is in good form. He is running a lot. Obviously he can’t make contact, he is doing a lot of work in the gym, he will just recover as per his protocol. I think it is a standard injury that takes a certain amount of time before you can make contact.

"I think that is the beauty of and the quality of people like CJ (Stander), he does not have to be here, but he is in every single video session and he is adding his bit, giving his experience on the younger guys. That is brilliant.

"Having younger guys in like Jack O’Sullivan is in training now, Thomas Ahern is training with us the whole time, so it is great to have quality guys like him and Tadhg (Beirne) and Billy (Holland) around the squad guiding this youngsters through."