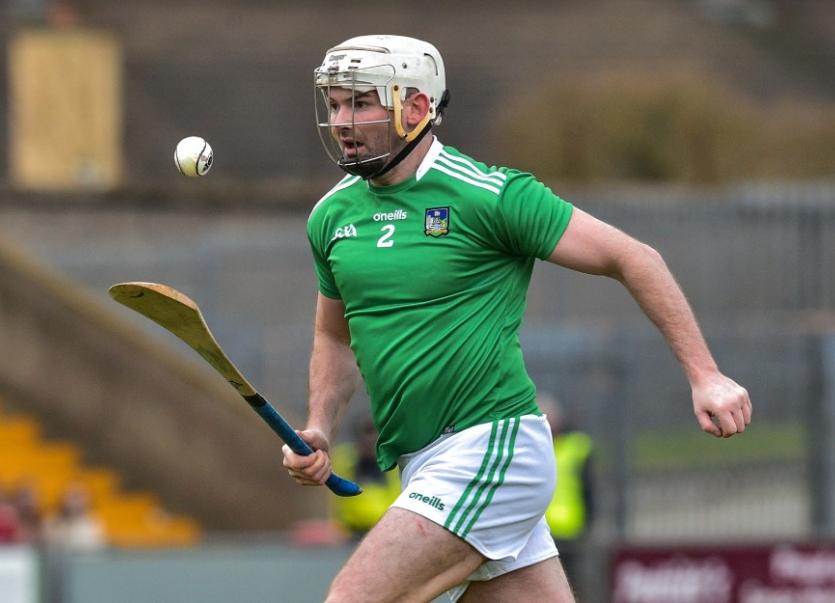 “It was long enough that we were losing so we want to keep winning and keep that buzz,” said the matchday captain after Limerick’s Allianz Hurling League victory over Kilkenny.

Limerick are all but assured of an Allianz Hurling League quarter final spot but Condon insists his team aren’t chasing any target.

“The county has been on a high since last August and it carried us through the Winter. There is a great buzz when you are winning,” he explained.

Condon made his debut in 2009 and in his first season played against Kilkenny in Nowlan Park but then had to endure eight seasons outside of the top flight in the league.

“These are big games against the best in the country and that is where we wanted to be all along. You gauge yourself against these teams. Some will say it’s irrelevant coming into championship but for us it was a massive thing to be promoted last year and to be playing the big teams and to get the best games there are to try out your panel,” he explained.

The popular defender did accept ending a 22 year wait to beat The Cats in Nowlan Park was “a big result”.

“It’s another step - you don’t know where we are at or where other teams are at in the league but we just wanted to put in a performance today and the scoreline was relevant,” said Condon.

What of the captaincy.

“John (Kiely) only pulled me aside earlier in the hotel beforehand. Declan (Hannon) was sick during the week so wasn’t down to start and he said it was for me. On a personal note it was nice and a privilege - to even wear the jersey is nice but to be captain was something special.”

Condon was named TG4 Man of the Match and his display included a rousing point from distance in the 21st minute of the opening half.

“I get a bit of slagging off the boys for going up the field too far but I kept telling them I would score!”

The Team Bus hadn’t left Nowlan Park and thoughts had turned to this Sundays’ visit of Cork to the Gaelic Grounds.

”We will refocus for Cork because that will be a big game and we will want to lay down a marker for May. Cork are after coming off a good victory and it has always been close between us and especially after the All-Ireland semi final last year,” he explained.

Again he stressed, there is no Cork target.

“We just want to put in performances and stick to the gameplan and regardless of what place we are in - stick to what we are working on in training.”

Manager John Kiely was full of praise for Condon.

“Tom has really stepped up to the plate - he has had an opportunity come his way with Mike Casey being injured and it was nice for him to captain the team today and to play a nice part in it. Tom has offered a lot of leadership off the pitch for us over the last 18-months. He has been injured quite a bit but he has always displayed huge leadership qualities and I was delighted for him today to be captain of the team.”

The manager described the Kilkenny win as “another step”.

“All credit goes to the players - they bring that freshness. A lot of them had two or three months without a hurley in their hands, which was a nice thing for them to have. They are young so if that freshness wasn’t there after one season then I would have a big concern. They are working hard and enjoying their hurling,” he explained.

“All told I am very happy with the performance and happy with a few lads who have not had game time but have come into the game today and got some good game time under their belt; like Robbie Hanley and Paddy O’Loughlin and it was another game for Conor Boylan.”

He added: “The boys ran the ball well and there were plenty support runners and overall there was a good team ethic and a good team effort - everybody chipped in”.