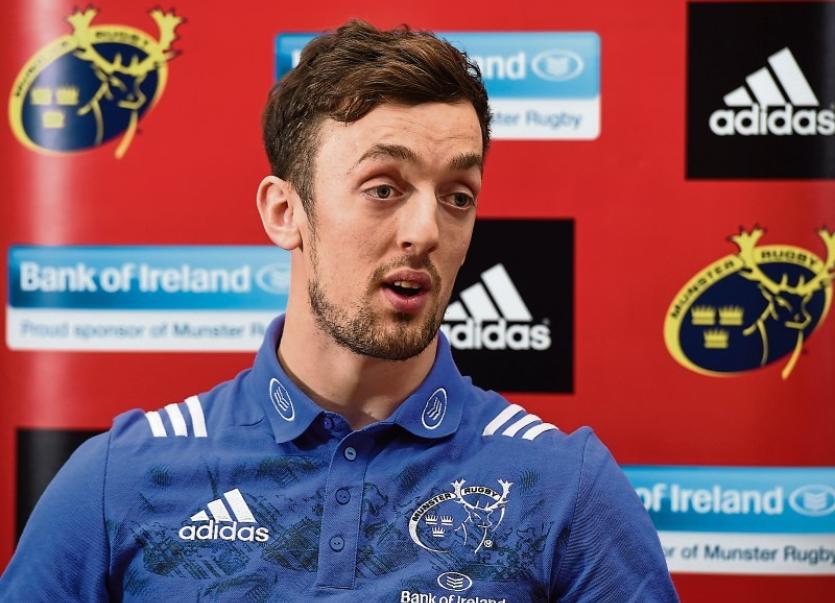 WINGER Darren Sweetnam is hoping to hear Ireland’s call again in the future, but remains firmly focused on continuing to up his performance levels at Munster.

Sweetnam scored his 15th try for Munster in the province’s runaway bonus point success over Southern Kings at Musgrave Park on Friday night.

Conference A table toppers Munster travel to the Liberty Stadium to face the Ospreys in a crucial Guinness PRO14 fixture this Friday night, 7.35pm.

Two days later, Ireland take on Italy in the third of their RBS Six Nations Championship fixtures in Rome, 3pm.

Sweetnam won the last of his three Ireland caps against the USA at the Aviva Stadium last November.

“I just need to concentrate on my own game, to try and hit a bit of form,” Sweetnam said at Munster’s UL training base this week.

“I think I’m getting there slowly although with Earlsy (Keith Earls) and Andrew (Conway) going well, it’s not easy to get that game time. I will just concentrate on what I’m doing and get in there at some stage.”

Munster enjoy a slim two-point advantage over second-placed Glasgow ahead of this week’s trip to Swansea to face Ospreys and the following weekend’s return to Wales to take on Scarlets.

Friday’s game is live on TG4 and eirSport TV.