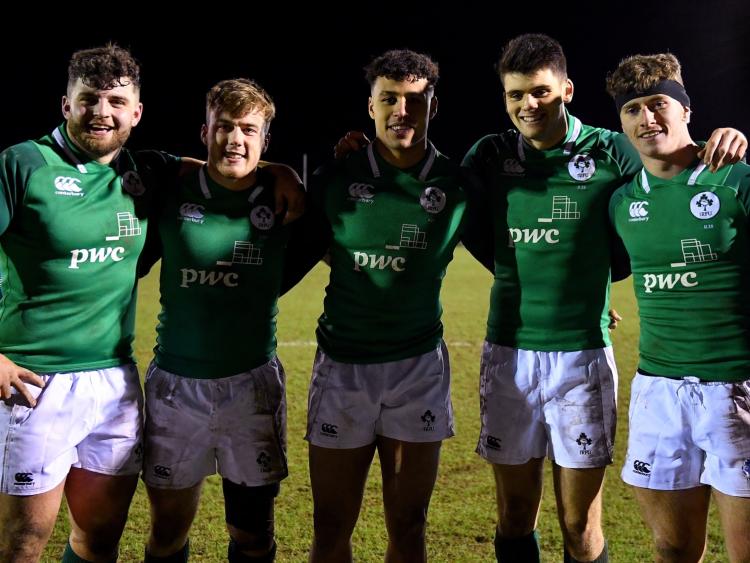 LOCAL players played a key role as Ireland U20s made it two wins from two in the Six Nations with an impressive 24-5 victory over Scotland U20s at Netherdale on Friday night.

Young Munster's Conor Phillips started the game on the right wing for Ireland, while the versatile Jake Flannery, of Shannon, lined out at full-back and another Young Munster player, Josh Wycherley started at loosehead prop.

Conor Phillips lined out for Crescent College Comprehensive during his school days and has represented Munster at U18, U19 and U20 level. Phillips has impressed with performances for both the Ireland U18s and U19s with his ability to beat defenders and score tries.

The speedster lined out for Munster A in the Celtic Cup earlier this season and has also featured for Young Munster in the All-Ireland League’s top flight.

Bansha, Co Tipperary-born Jake Flannery, of Shannon, made his Munster A debut in the Celtic Cup against Dragons A in September. The versatile Flannery has previously represented Ireland at U19 level.

He made four appearances for Munster A in the 2018/19 Celtic Cup and was signed up to the Academy in November 2018.

Wycherley has represented Ireland at U18 and U19 level, is a former pupil of Cistercian College, Roscrea.