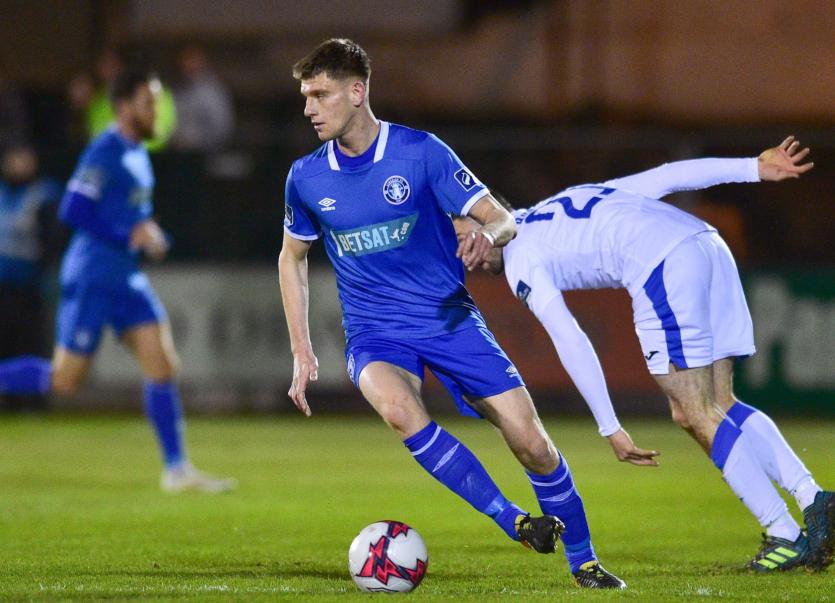 Talented defender Cantwell, a 23-year-old from Kilkenny, spent last season playing for Limerick FC in the Premier Division of the SSE Airtricity League after joining the Shannonsiders 12 months ago.

Cantwell had made over 50 appearances in the Premier Division over the two seasons prior to joining Tommy Barrett's Limerick. The centre back, who can play both sides of the 'middle' played for Finn Harps in 2017, having had spells at Galway Utd, Wexford and UCD.

He won't have long to renew acquaintances with his old Blues team mates in the new 2019 league season.

Limerick travel to relegated Bray Wanderers for their second league fixture of the season on Friday, March 1.

The Blues will kick-off life back in the First Division with a home fixture against Longford Town on Friday, February 22, 7.45pm.

Limerick managed to gain automatic promotion back to the Premier Division the season after their previous relegation from the top flight in 2015 with a healthy playing budget at their disposal.

However, at present, Limerick’s playing budget is significantly reduced on that 2016 level.

Tommy Barrett's Limerick will face another First Division side, Cobh Ramblers, in their latest pre-season fixture at St Colman's Park in Cobh this Saturday, 3pm.