WATCH: LIT bow out of Fitzgibbon Cup at hands of NUIG in dramatic finish 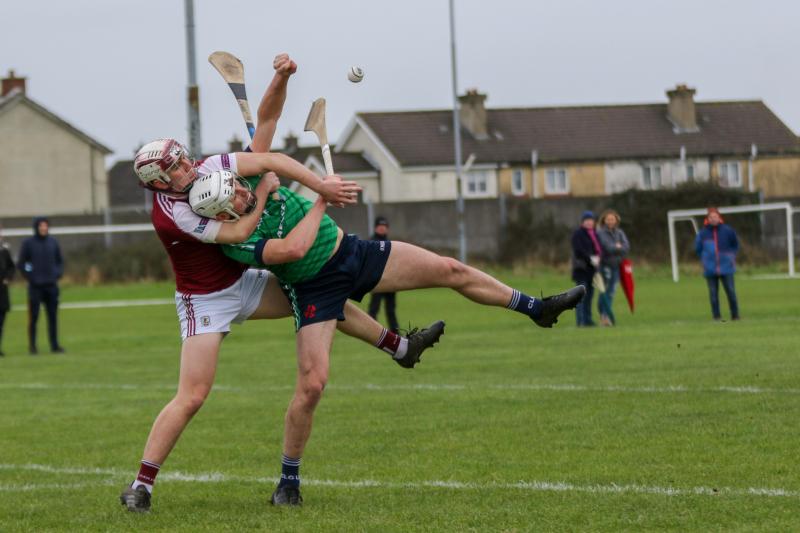 FANCIED Limerick IT bowed out of the Fitzgibbon Cup after suffering a disappointing 2-10 to 1-15 defeat to NUI, Galway at Moylish this Thursday afternoon.

After a sluggish first half showing, LIT trailed their Galway opponents by four points, 1-3 to 0-10, at the change of ends. The Limerick side's first half goal came courtesy of the impressive Peter Casey in the 28th minute, after he was set up by Oisin Kelly.

Dominating possession and using it intelligently, the visitors had raced into a five points lead, 0-6 to 0-1, inside the opening quarter of an hour, with top scorer Evan Niland firing over five points from frees during that spell.

In contrast, the home side struggled for scores in the opening half, failing to register a single while flag between the first and 18th minutes.

LIT had a terrific opportunity to be closer to their opponents at half-time. However, Clare sharpshooter Peter Duggan had his blast for a goal from a seventh minute penalty awarded for a foul on Oisin Kelly, well saved by NUIG 'keeper Shane Hennessy.

LIT improved significantly after the restart, however, with the lively Robert Byrne scoring a fine goal on 40 minutes to help the home side suddenly edge into a one-point lead, 2-5 to 0-10.

NUIG hit back immediately, however, as Conor Sheedy blasted to the net straight from the puck-out.

Substitute Jordan Conway levelled up the scores for LIT, 2-9 to 1-12, in the 57th minute as the quarter-final clash, watched by a large crowd, ended in a welter of excitement.

Sean Loftus, for NUIG, and Peter Duggan, '65 for LIT, traded points as the sides remained deadlocked. The visitors then regained the lead with a fine point from Brian Concannon in the 59th minute.

However, the drama was far from done. LIT were awarded a penalty in the 61st minute when David Dempsey was fouled as he bore down on goal.

Limerick senior star Diarmaid Byrnes opted to go for a goal from the penalty award. However, his well struck attempt flashed left and wide.

NUIG came back down the other end of the pitch and sealed the win in the third minute of added time when top scorer Evan Niland pointed a late free.