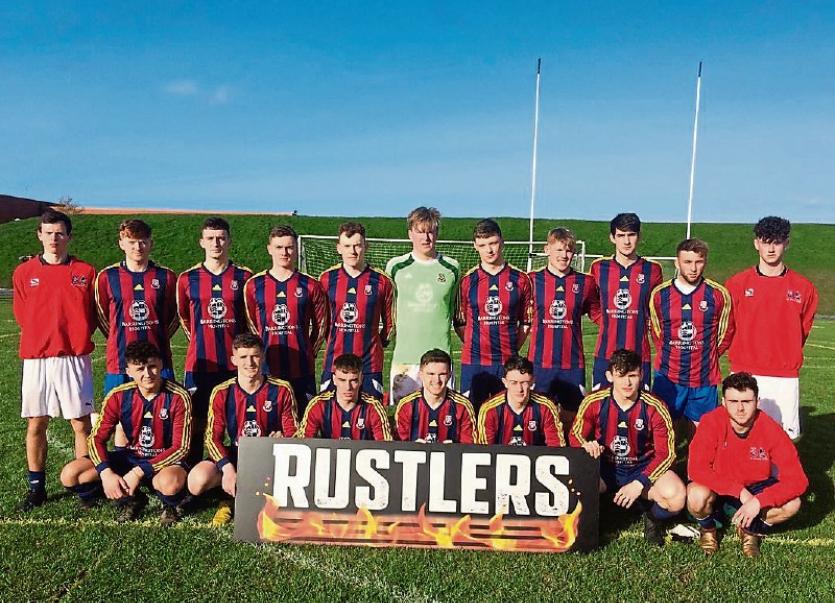 HOSTS University of Limerick (UL) powered their way into the semi-finals of this year’s Rustlers IUFU Collingwood Cup when easing past Maynooth University 3-1 in their quarter-final tie at UL this Monday afternoon.

ULs reward for their success over the Co Kildare side is a semi-final meeting with Ulster University at UL on this Tuesday at 2.30pm.

UL went in front against Maynooth on 37 minutes. Following good work down the left flank by Sean McSweeney, Adam Foley produced a fine left foot finish to break the deadlock.

Prior to that goal, Edmund O’Dwyer had gone closest to opening the scoring for the Limerick students after 25 minutes.

Foley struck for his second goal of the game on 59 minutes to help UL into a 2-0 lead.

However, any hopes the Limerick side had of enjoying a comfortable final quarter disappeared when Maynooth pulled a goal back through substitute Cian Hughes with 20 minutes remaining.

UL sealed their passage into the semi-finals when Sean McSweeney made it 3-1 after converting from the penalty spot in the 89th minute.

The second Collingwood Cup semi-final at UL on Tuesday, 2.30pm, will see UCC taking on UCD.

The final of the Collingwood Cup is due to take place this Wednesday at the Markets Field, 2.30pm.