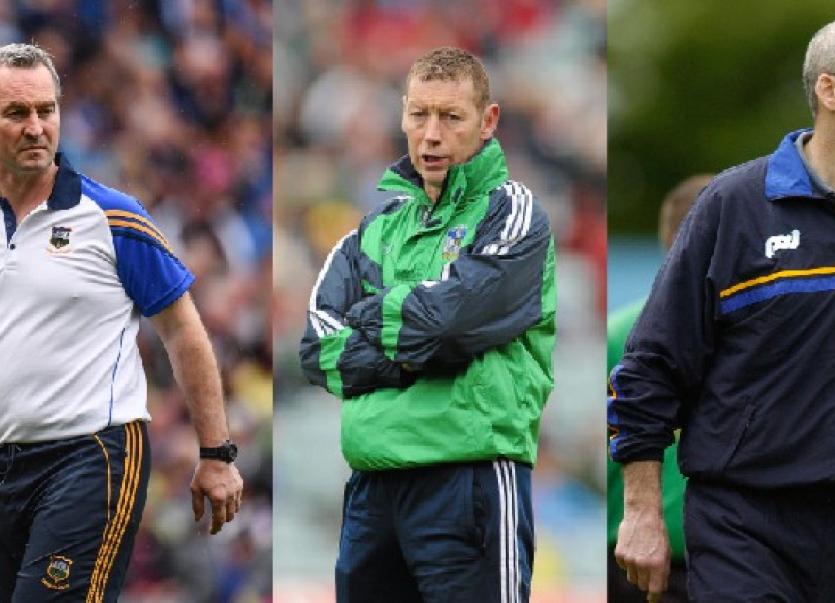 ALL bar two of the 12 clubs in the 2019 Limerick SHC have opted for changes to the management teams.

Just Kilmallock and Monaleen are unchanged from last season ahead of the new club hurling campaign.

In total seven clubs have gone outside the county to bolster their senior hurling management teams.

Na Piarsaigh have won five of the last eight county titles, but Patrickswell and Ahane continue to lead the roll of honour on 19 titles each.

Adare, like neighbours Patrickswell have a homegrown backroom team - Brian Foley replacing Ger O'Loughlin. A five-time Limerick SHC winner as a player, Foley was a selector when Limerick won the 2017 All-Ireland U-21 title.

The manager of that U-21 team was Pat Donnelly and he is getting involved with his native South Liberties, under manager Cronan Garry.

Twelve of the last 14 Limerick SHC titles have been won by a management team with Clare involvement - Alan Cunningham, Sean Stack, Ger O'Loughlin and Tony Considine but Knockainey are the only club to look to The Banner for 2019.

The All Blacks have Tommy Guilfoyle as their coach with Haulie Walsh as manager.

Murroe-Boher have Seamus Gleeson of Kildangan as their new manager. He previously worked with South Liberties.

Garryspillane are the only side that don't have a manager. The newly promoted side had TJ Ryan as manager of the Premier IHC winning side of last year but the former Limerick manager is currently involved as coach with Galway side St Thomas for the All-Ireland club SHC.

While they don't have a manager, The Bouncers continue to have Na Piarsaigh's Thomas Downes as coach with Darren Hayes as selector.

Kilmallock and Monaleen are the two sides to hold onto their 2018 managements - The Balbec with former Limerick football manager John Brudair as manager and Mary Immaculate's Fitzgibbon Cup manager Jamie Wall as coach.

Monaleen have former Limerick hurler Damien Reale taking the side into a second season as manager with Liam Reale as coach.