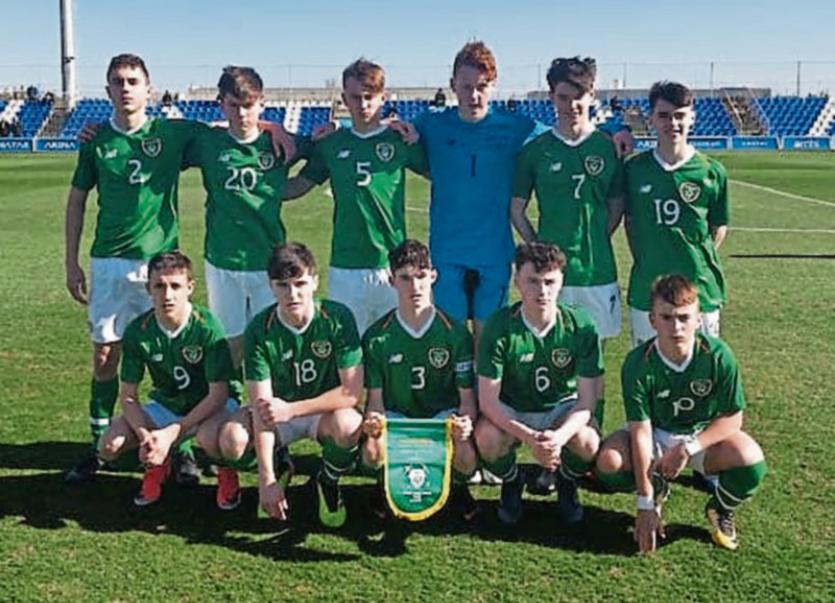 LIMERICK teenager John Ryan captained the Rep of Ireland U15s to an impressive 3-0 victory over Hungary in the last of a three-game international friendly tournament in Spain this Sunday.

Fourteen-year-old Ryan was handed the captain’s armband for the international fixture at the Pinatar Arena, having already featured in his side’s previous fixtures in the tournament against hosts Spain and the Netherlands.

All three goals against Hungary came after the break as Shamrock Rovers' Ben Curtis and Bohemians duo Cian Kelly and Evan Ferguson scored for Jason Donohue's Rep of Ireland U15 side.

Ryan, a third year student at Castletroy College, is a past pupil of Milford NS and Gaelscoil Castletroy.

Afterwards Republic of Ireland head coach Jason Donohue said: "It's a fantastic victory for the players who deserve tremendous credit for their efforts throughout the week.

"We set a goal before the game to treat this like a qualification scenario and that we needed a 3-0 victory to qualify for the next tournament. The players were really pushing in the end to get that third goal so it's great for their education as it's important they learn about qualifying for tournaments for when they get older.

"The players have been well organised throughout the week and performed excellently in every match. Spain are the best U15 side I've ever seen and we matched them in normal time so it shows that there is some talent in the group.

"I want to thank all of the staff for their hard work throughout the week and the work continues when we return. We've got on-going assessments ahead of the next game against Cyprus in March."