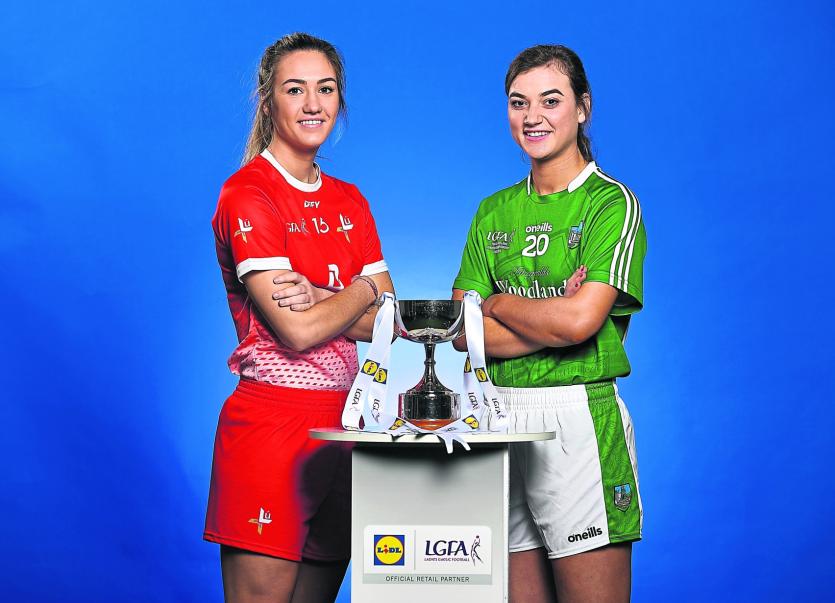 IT’S a repeat of the All-Ireland final when Limerick play Louth this Sunday in the Lidl Ladies Football League.

Askeaton hosts the round one tie in Division Four with a 2pm start for Limerick and Louth, who met in Croke Park last September.

Ahead of the new season Limerick manager John Ryan has confirmed that All-Ireland junior championship winning captain Cathy Mee will again lead the Shannonsiders in 2019 with Caroline Hickey as vice-captain.

This Tuesday, Limerick were represented at the league launch in Croke Park.

”The first thing that is different this year, is that everyone wants to bring us down. Last year we were a bit under the radar but this year all the other teams will be well aware of us,” said manager John Ryan, ahead of the start of his second season at the helm.

”It’s a league that is going to be very tough – we start against Louth from the All-Ireland final and then we have Carlow at home again but then we are on the road and have to go to Antrim, Fermanagh and Derry. We then have Leitrim at home and they will all be tough games” outlined Ryan.

”We would have a league target and that would be to try and get to the semi final and take it from there,” said the manager.

First up is a repeat of the All-Ireland final and Limerick will be without goalkeeper Martina Giltenane, centre back Niamh Ryan, while others like Amy Ryan and Jenny O’Malley are also carrying injuries.

”Louth are going to come down here with the All-Ireland defeat still fresh in their mind so we know to expect a tough game,” said Ryan.

Challenge games against Offaly, Kildare and Mary Immaculate have Limerick ready for the league and the manager is confident they can build upon 2018.

“We have built a panel now – this time last year we were still new into the job and had to use the league to build a panel but now we know what we have,” he outlined.

”We got a lot of belief from winning the All-Ireland but we know that we still have to go out each day and perform. We know that we have to keep the curve moving up and continue to improve,” stressed Ryan.

Limerick have revealed a 32-stong panel to start to league but will updating throughout the season.