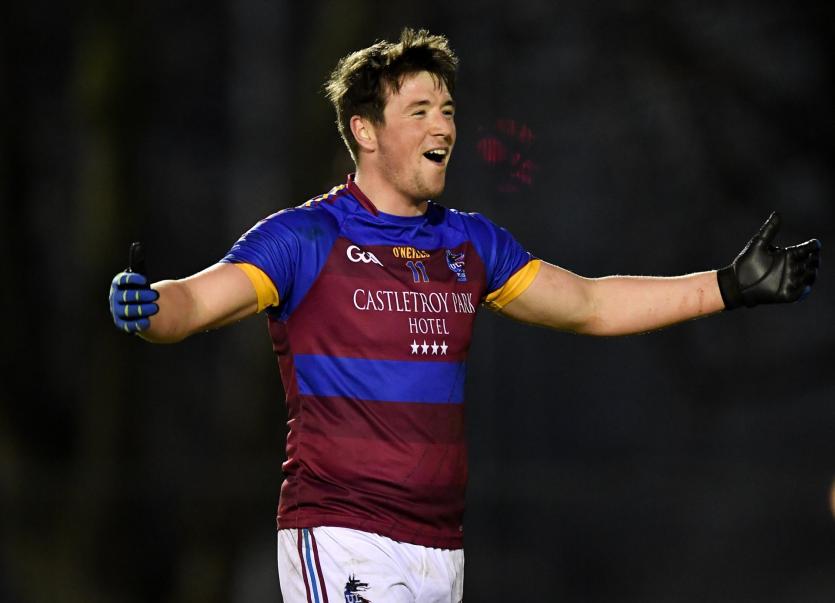 THE University of Limerick stunned one of the competition favourites in round one of the Sigerson Cup this Wednesday evening.

UL went to Grangegorman and defeated the home side Technological University, Dublin - formerly Dublin IT.

Clare senior footballers Keelan Sexton was the hero for the Limerick side with a return of 1-10 - seven of those points from frees. Elsewhere in the UL scoring charts; Eoghan Lawless notched 0-2 and Plunkett Maxwell 0-1.

Managed by Newcastle West's Declan Brouder and coached by Dromcollogher-Broadford's Tommy Stack, UL now await their next opponents on January 30.

Potential opponents are IT Carlow, Cork IT, UCD or DCU.

In this round one win, the sides were level 1-7 each at half time.

TU Dublin, who had All-Ireland SFC winner Brian Howard in their ranks, raced into an early 0-3 to 0-1 lead.

But UL steadied with Sexton and Eoghan Lawess points levelling the game at 0-3 each.

The sides were level, 0-5 each, when Sexton scored a fortuitous goal for the Limerick students.

A Ronan O'Toole goal just before half time ensured the sides were dead-locked at the break.

An O'Toole point had the Dublin side 1-10 to 1-9 ahead mid-way through the second half but UL finished strongly to advance.

Limerick inter-county man Paul Maher (Adare) is the only local in the UL panel - he was introduced as a second half substitute.