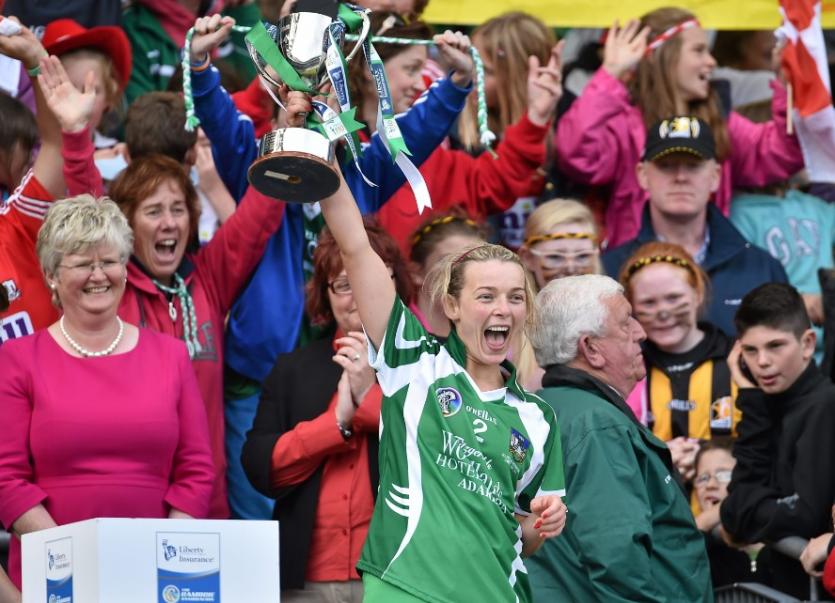 LIMERICK have confirmed a 26-strong panel for the Littlewoods Ireland Camogie League.

The league commences this Sunday with Limerick bidding to reach the knockout stages for a fifth successive season.

Limerick start with a trip to play Offaly in Banagher, at 2pm, and complete the group phase with games against Clare, Dublin and Kilkenny.

Limerick have three absentees due to injury as the league commences – Judith Mulcahy, Lorraine McCarthy and Claire McNamara.

The home games with Clare and Kilkenny could be Gaelic Grounds double-header with Allianz Hurling League games against Tipperary and Cork.

Limerick manager Declan Nash has added former Limerick goalkeeper Sile Moynihan to his backroom team along with selectors Darragh O’Grady and Michelle Casey. Moynihan will be selector and goalkeeping coach.

While Limerick have reached the semi final stage in each of the last four years, the wait for a league final appearance stretches back to 2002. Limerick lost that 2002 final to Galway and also lost two finals in the late 1970s. There were Division Two League title wins in 2013 and 2007 but Limerick is without a Division One league crown.