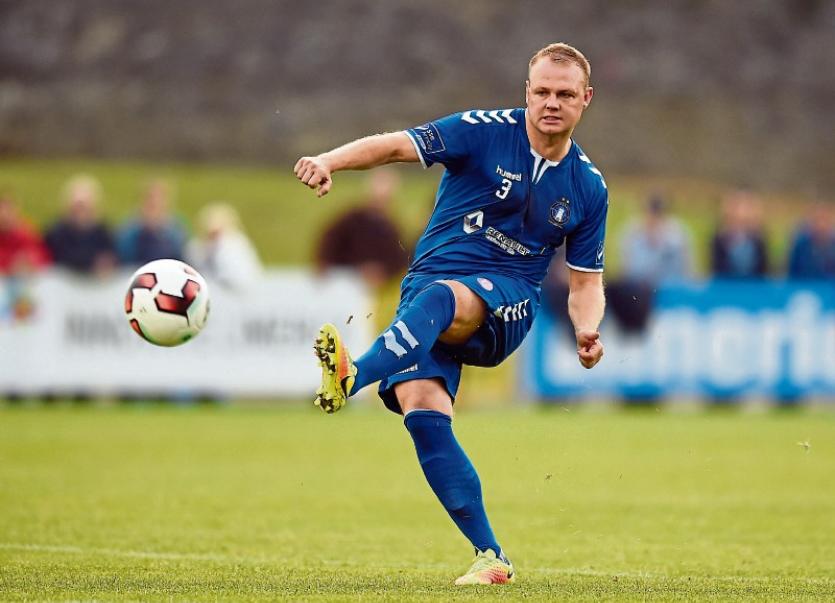 Robbie Williams was back in Limerick FC colours for Saturday's pre-season friendly with Cork City at The Farm, UCC

LIMERICK FC suffered a 5-0 defeat to SSE Airtricity League Premier Division high-flyers Cork City in the first of their pre-season fixtures played at The Farm, UCC, on Saturday afternoon.

Blues boss Tommy Barrett included new signings Jason Hughes and Sean McSweeney, who re-joined the First Division side from Ballynanty Rovers and Regional Utd respectively in advance of the game, in their starting line-up.

Cork added three more goals in the second half through Aaron Barry, Ronan Hurley and Graham Cummins as the sides made several changes to their line-ups.

In the second of their friendly fixtures, Limerick will then renew rivalry with Finn Harps, the side which relegated the Shannonsiders from the Premier Division at the end of last season, at the FAIs National Training Centre on Saturday next, January 19 at 5pm.

Limerick are also due to face Premier Division Waterford at the RSC on Sunday, January 27 at a time to be confirmed.

Relegated Limerick will kick-off life back in the SSE Airtricity League First Division with a home fixture against Longford Town on Friday, February 22, 7.45pm.