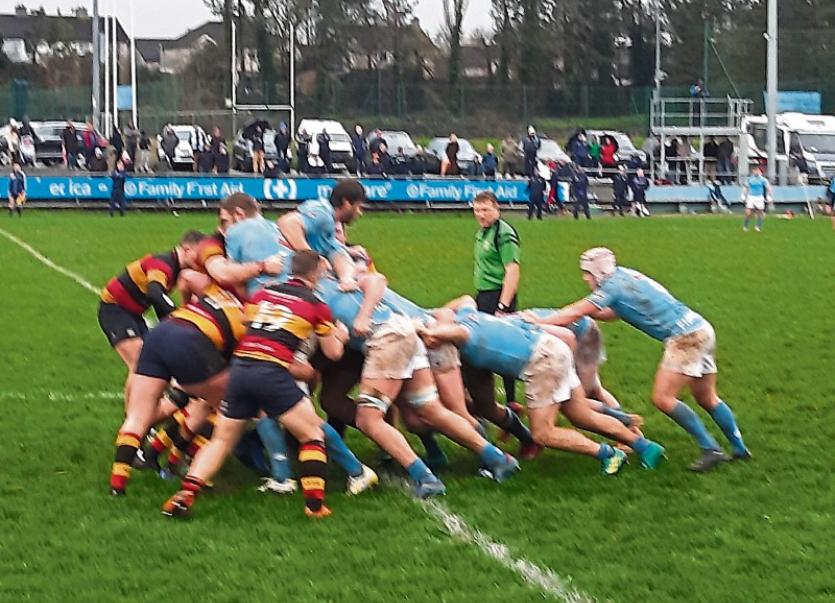 GARRYOWEN will face City of Armagh in this season’s Bateman Cup final after the ‘Light Blues’ scored a nail-biting 14-12 semi-final win over All-Ireland League Division 1A rivals Lansdowne at Dooradoyle on Saturday.

A 79th minute try from hooker Liam Cronin, after a bout of patient, composed attacking play deep inside the Lansdowne ‘22, helped Garryowen edge past their Dublin rivals for the second time this season following their AIL victory in October.

The drama wasn’t over yet, however, as Garryowen had to withstand several minutes of pressure in added time as Lansdowne out-half Scott Deasy saw his drop goal attempt slide right and narrowly wide.

Garryowen’s reward for this excellent victory over the holders is a Bateman Cup final meeting with All-Ireland League Division 1B side and first time finalists City of Armagh later in the season.

2012 Bateman Cup winners Garryowen trailed their visitors 3-6 at the end of a tight opening half played in drizzling rain.

The Limerick side rallied to draw level, 9-9, after 55 minutes with three penalty goals from their teenage out-half Ben Healy.

Lansdowne hit the front on 67 minutes, 12-9, when out-half Scott Deasy landed his fourth penalty goal of the game.

However, Garryowen supporters were celebrating at full-time as Cronin’s late try earned them a Cup final date with City of Armagh, currently sitting second in Division 1B of the AIL.

Liam Cronin's try capped a memorable weekend for the Limerick family as brother Neil bagged a try in Munster As win over Leinster A at Thomond Park on Friday, while older brother Sean also dotted down for Leinster in their Heineken Champions Cup win over Toulouse at the RDS on Saturday afternoon.

The victory was a timely boost for Garryowen on the back of their recent Limerick Charity Cup and Munster Senior Cup final defeats and ahead of the resumption of the All-Ireland League next weekend when the fourth-placed Dooradoyle side will entertain UCC.