Munster ‘A’ name team to face Leinster ‘A’ at Thomond Park 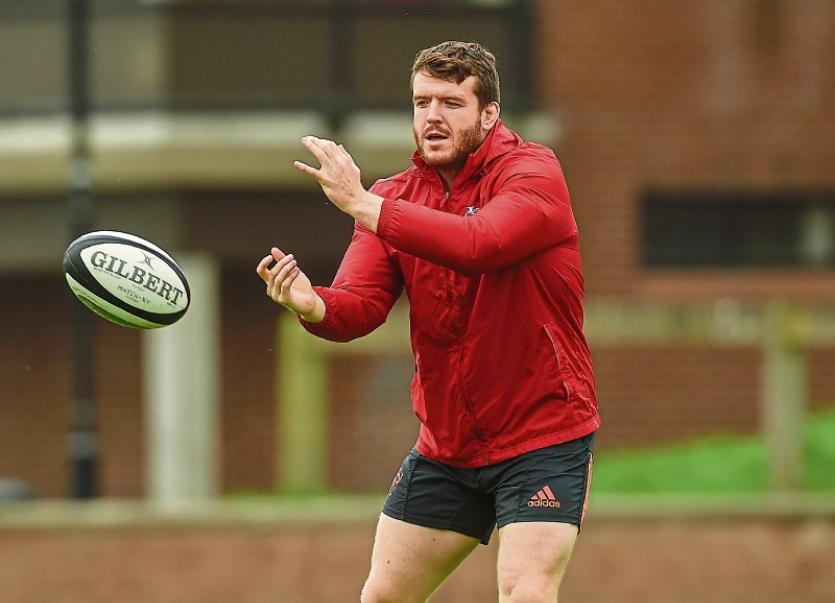 Mike Sherry is included in the Munster 'A' squad which faces Leinster 'A' at Thomond Park this Friday, 2pm

THE Munster A side has been named for this Friday’s Interprovincial clash against Leinster A at Thomond Park, 2pm, free entry.

A mix of senior, Academy and club players have been named in the Munster squad with hooker Kevin O’Byrne captaining the side.

Alex Wootton starts at full-back with Calvin Nash and Ronan O’Mahony on the wings completing a senior back three.

Academy duo Alex McHenry and Matt More team up in the centres.

Senior players Neil Cronin and Bill Johnston are named in the half-backs.

Liam O’Connor makes his first appearance in a Munster jersey since sustaining an injury in PRO14 action back in November 2017 with O’Byrne and Ciaran Parker completing the front row.

Senior players Mike Sherry and Ian Keatley are among the replacements along with the Academy’s Keynan Knox, Jack Stafford and Liam Coombes.

UCC duo Shane O’Hanlon and John Hodnett are also named in the squad along with Waterpark RFC’s Eoin O’Connor.

The game will be streamed live on Munster Rugby’s Youtube channel.