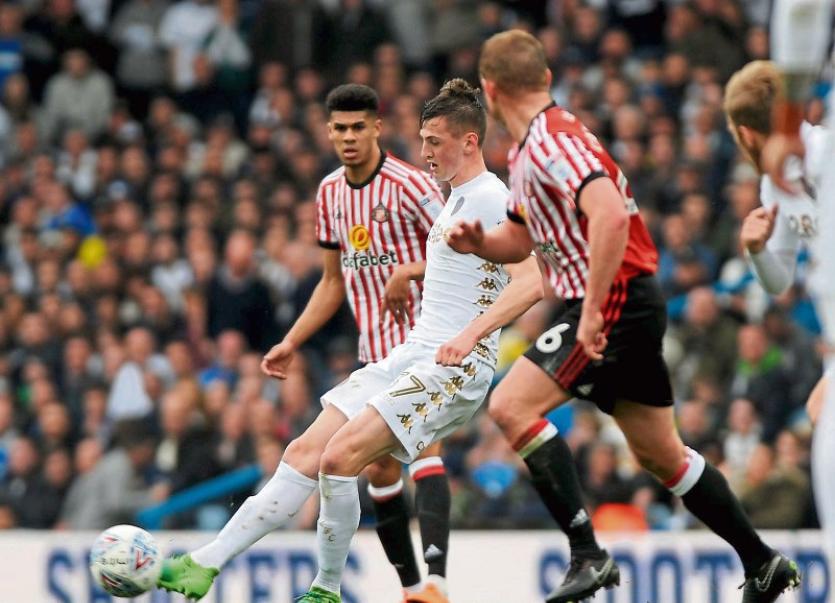 LIMERICK defender Paudie O’Connor has moved to Sky Bet English League One side Bradford City on loan until the end of the season.

Twenty one-year-old Ballybrown defender O’Connor has been playing on loan at another League One side Blackpool this season and featured in their FA Cup loss to Premier League giants Arsenal on Saturday last.

The centre half, who joined Blackpool on loan from Leeds Utd this season, has played 17 games at Blackpool, lining up at the back in the Bloomfield Road side's last four fixtures.

While with Blackpool, he also scored two goals, with one of them coming against Arsenal in the Carabao Cup in October.

Paudie O'Connor told the Bradford City website that he could not wait to get going at his new club.

O'Connor said: “I am really happy to get the deal over the line and, after speaking to the manager, I can’t wait to get going.

“I enjoyed my time at Blackpool and played plenty of games, so I have picked up some great experience of League One.

“I am aware of where we are in the league table, but I am up for the fight and am confident the club will rise up the table.

“It is all about working my way into the team now. It will be a case of showing my worth in training and getting a chance.

“Since the new manager has come in, the results have really picked up and the boys are playing some good football.”

BREAKING NEWS | We have completed the loan signing of Irish centre-back @Paudie97, who has joined the club until the end of the season!

Bradford City boss David Hopkin added: “We are delighted to have Paudie on board for the remainder of the season.

“He comes with a good reputation and we are looking forward to seeing him out on the field."

Blackpool FC manager Terry McPhillips said: “Paudie has been really unlucky not to play more games with us.

“He’s been a very popular lad and has always put in strong and committed performances whenever called upon.

“We thank for his contribution during his time here and wish him all the very best for the future.”

Leeds United defender Paudie O'Connor returning early from his loan at Blackpool. Now set to spend the rest of the season at Bradford City:https://t.co/9eouZMosRO