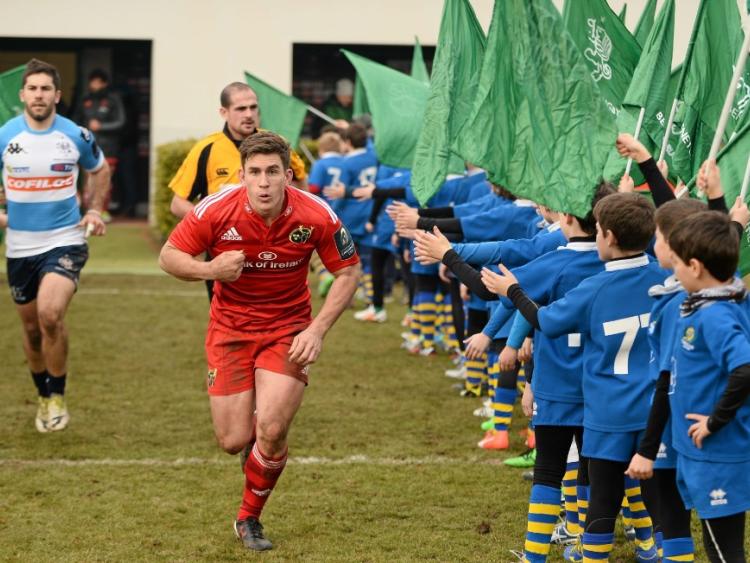 MUNSTER’S Ian Keatley is to move to Benetton Rugby at the end of this season, the Limerick Leader can confirm.

Keatley, now 31, has been with Munster since his move from Connacht in 2011.

The former Belvedere College Senior Schools Cup winner has made 180 appearances for the Red Army, but has yet to start a game this season for Munster.

There were reports in the 42.ie this Tuesday morning that Keatley was "weighing up a move to Italy", however the Leader can confirm that the deal is done and the seven time capped Irish international will join up with the Italian side who are currently third in conference B of the Pro14, winning seven of their 13 games this season.

Keatley will face competition for the number 10 shirt from Tommaso Allan and Ian McKinley, however both should miss the start of next season due to Italy’s involvement in the Rugby World Cup.

Also mentioned in the 42.ie piece is speculation that Jaco Taute could be on the move. The South African capped centre is a target for Leicester Tigers and with Irish qualified centres Sam Arnold, Dan Goggin, Chris Farrell and Rory Scannell all fighting for the 12 and 13 jerseys, something may have to give.

Taute, like Keatley, is out of contract at the end of this season.