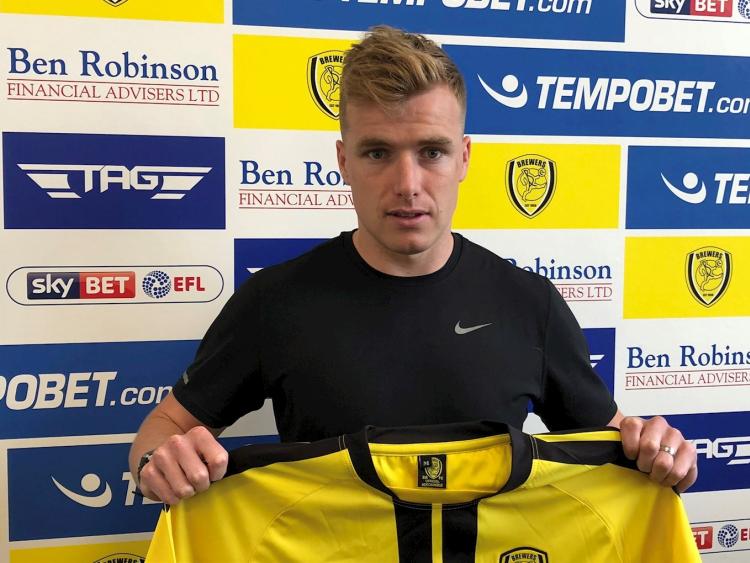 Croom’s McCrory and his Sky Bet League One Burton Albion team-mates are looking forward to a first ever Carabao Cup semi-final appearance against high-flying City after defeating Middlesbrough 1-0 in their quarter-final.

The first leg clash takes place at Manchester City’s Ethiad Stadum on Wednesday night with a 7.45pm and will be shown live on Sky Sports.

Burton Albion, ninth in Sky Bet league One, are available at 28/1 to win the first leg tie, with Manchester City unbackable favourites at 16/1. Albion are 11/1 to secure a draw at the Ethiad Stadium.

Damien McCrory is currently the longest serving member of Nigel Clough’s Burton squad, 2018/19 seeing him in his seventh season with the club after signing in the summer of 2012 from Dagenham & Redbridge.

Twenty eight-year-old McCrory also represented Republic of Ireland at under-18 and 19 levels and was Albion's Players Player Of The Season in 2013/14.

The Brewers were only promoted to the Football League nine years ago, but are now only 180 minutes from a Wembley final.

Burton Albion are the first team from the third tier of English football to reach the semi-finals of the League Cup competition since Sheffield United, then managed by Clough, in 2014-15.