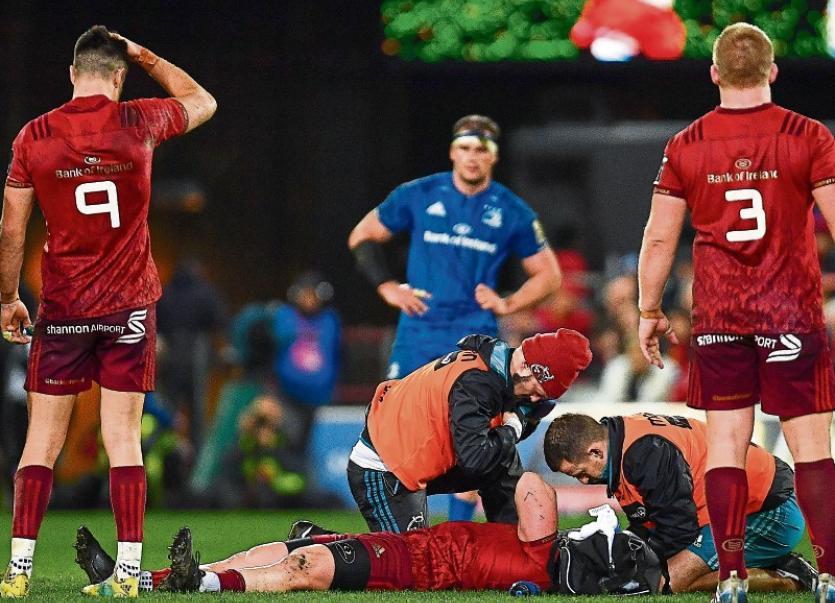 The Munster squad returned to training at their High Performance Centre at UL today ahead of Saturday’s Guinness PRO14 Interprovincial derby against Connacht at the Sportsground, 7.35pm.

In a squad update, Munster confirmed that following Saturday’s clash with Leinster, Chris Cloete, who was taken from the field in the opening half on a stretcher due to injury, was brought to hospital for assessment.

“Initial investigations were normal, but he will undergo further assessment this week to determine the extent of his neck injury,” Munster confirmed of the South African’s injury.