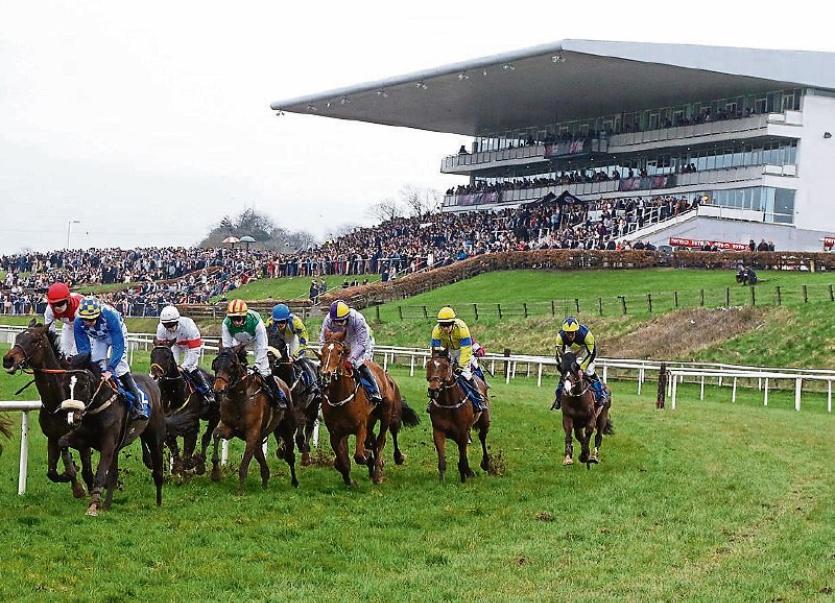 Limerick Racecourse stages its first ever Grade 1 contest this St Stephen's Day. The first race at Greenmount Park is due off at 12.20pm

HISTORY will be made at Limerick Racecourse this St Stephen’s Day when the track hosts its first ever Grade 1 race, the €100,000 Matchbook Betting Exchange Novice Steeplechase.

The race is the feature race on an exciting seven race card on the opening afternoon of the four-day Mr Binman Limerick Christmas Racing Festival.

Gates open at 10.30am at Limerick Racecourse on St Stephen’s Day, with the first race getting underway at 12.20pm.

Multiple champion jockey Walsh has been booked for three rides for leading trainer Willie Mullins on the opening day of the big racing festival.

The last time Walsh rode at Limerick on December 26 was when he was a 17-year-old amateur and the track was staging its first Christmas Racing Festival having opened just two months earlier.

The four-day National Hunt racing bonanza, which boasts an increased total of €550,000 in prizemoney, continues until Saturday, December 29.

The Festival, set to attract more than 40,000 racegoers to the Patrickswell venue, is one of the biggest highlights of the local sporting and social calendar and provides a multi-million euro bonanza for the local economy.

Limerick Racecourse reported on St Stephen Day morning that following two dry days, the going is now ‘soft, yielding to soft in places’ on the steeplechase course, while the ground is described as ‘soft to heavy, heavy in places’ on the hurdle track. It’s a ‘mainly dry forecast’.