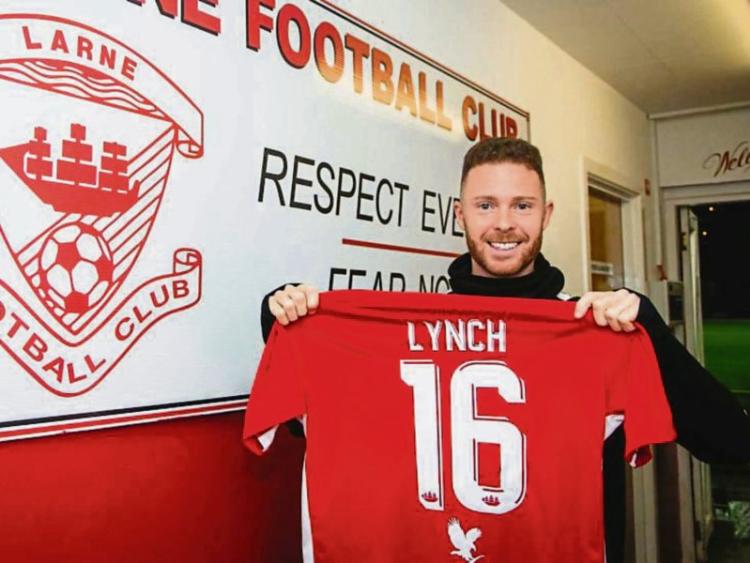 Former Regional Utd schoolboy Lynch left Limerick FC before the start of last season having re-signed for the Blues in July 2015. The midfielder initially joined American club FC Arizona in the National Premier Soccer League last March, before switching to Sligo Rovers during the summer.

Lynch holds a First Division winners medal with Limerick from 2016 and also won the 2014 FAI Presidents Cup with St Pat’s and the Premier Division title and FAI Cup with Sligo Rovers in 2012 and 2013.

Larne FC boss Tiernan Lynch was delighted to get the signature of the much sought after playmaker, following his departure from Rovers at the end of their season.

“We had to fight off two or three League of Ireland clubs, and at least one Premiership side in Northern Ireland was very interested in Lee,” he said.

“We brought him up here and showed him around and told him the plans for the club and the journey we are going on.

“Lee, like every other player we sign, had to fit the bill not only on the field but off it as well. He is a very good footballer and has a lot of experience behind him.”

Lynch will be eligible to play once the January transfer window opens and is raring to go, having trained with his new team-mates at Inver Park this week.

“I spoke with Kenny and Tiernan, and had a couple of options to go to other clubs once my contract had ended,” he said.

“I spoke to them numerous times and I decided this was the right club to be at. I’m excited to be here for the long term and I can’t wait to get going and see where it takes us.

“I’m here to help the squad and try to help the club get to where they want to go. Once you see the place and understand the plans it was a no-brainer to come.

“The team have been doing an amazing job so far, there’s still half a season to go, but everyone seems very focused, so I just want to come and help in whatever I can.”