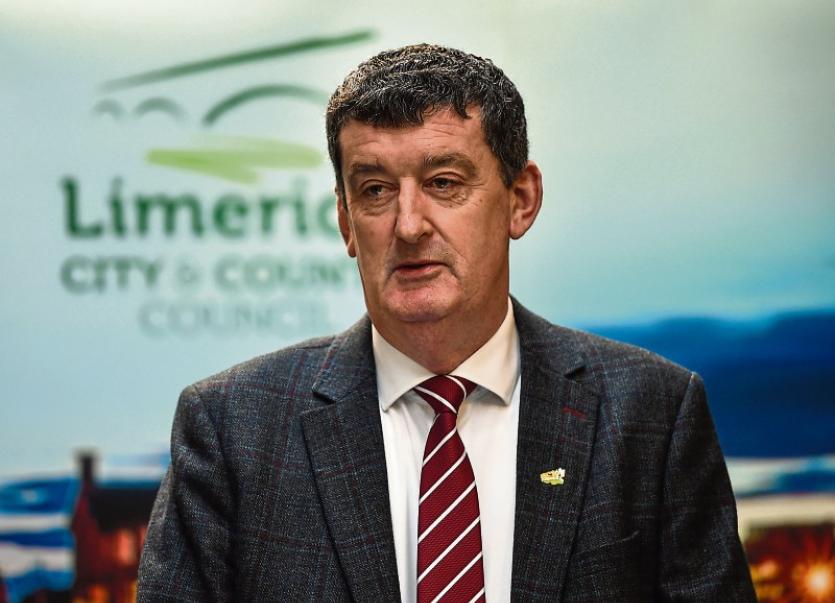 LIMERICK GAA chairman John Cregan has urged all on Shannonside not to rest on their laurels.

In his address to Saturday’s Limerick GAA Annual Convention in Bruff GAA Clubhouse, the chairman appealed for all ‘to work together’ in 2019.

“We now have to continue to challenge ourselves, to do better in every aspect of our work – the day we think we are home safe or top of the ladder, that’s the day we start going backwards,” he stressed.

“I appeal to all of us, to work together for the betterment of Limerick GAA as delegates from clubs and from this board. If we can continue to challenge ourselves going forward, of course we can make further improvements and we can all get to a better place,” said Cregan.

The County Board chairman, who has come to the end of his first year at the helm, was full of praise for all concerned with the All-Ireland title win.

“What a year and what a remarkable journey - in the words of many pundits Limerick won the greatest championship ever played. I’m not saying that, I am quoting many knowledgeable hurling people. As a board we have been so lucky and privileged to be part of that journey - so many unforgettable days and night, on and off the field. I want to salute and thanks all the people involved and there was a lot,” said the Dromcollogher-Broadford man.

“The players have been superb ambassadors off the field - the way they carry themselves has been remarked upon by so many across the country. They showed humility and kept their feet on the ground. It would be very easy to lose the run of yourself after winning a first All-Ireland in 45 years and I would hope that hasn’t happened us,” said Cregan across his 37-minute address to convention.

In an uneventful AGM, all officers were returned without an election and there were no motions.

Limerick GAA secretary Mike O’Riordan echoed the words of the chairman, in regard to 2019.

“We have to maximise the promotion of hurling within the county after this success, in particular in our clubs, schools and academy structures,” said O’Riordan.

“The Academy can take pride in that the majority of our players on display on August 19 went through the system. It is great to see Pat Donnelly heading up the Academy going forward,” outlined the secretary.

“We do need to maximise the success achieved this year and freshen up our structures and I do think Pat and his team will implement a number of changes to improve.”

He led the many tributes to Limerick’s All-Ireland SHC heroes.

”The Limerick senior hurlers take pride of place with the All-Ireland championship success this year. The performance from the Limerick team right through the season was immense. The panel’s display during the championship has propelled this group into the history books, said O’Riordan.

“The way the panel and everybody associated with it, has carried themselves has been exemplary and a true example to the youth of our county and nationally” said the Kilmallock man.