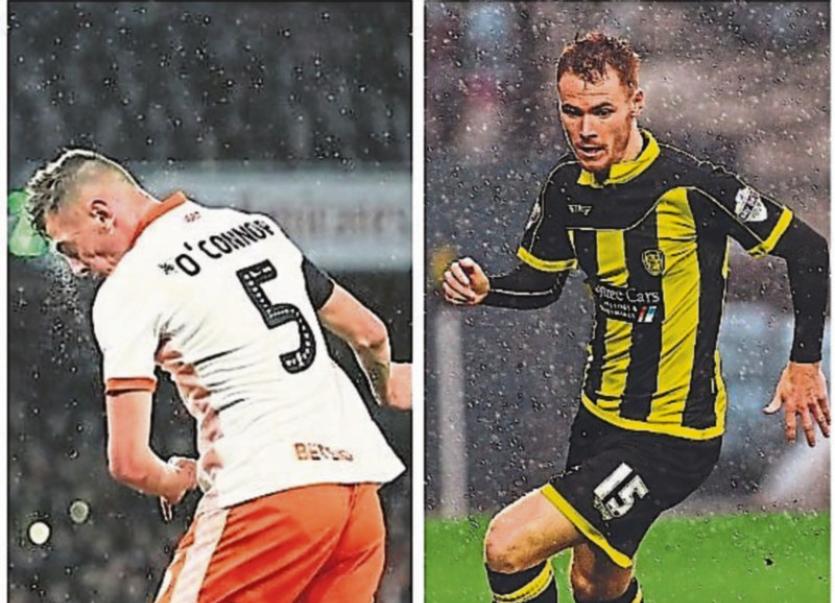 Ballybrown’s Paudie O’Connor and his Blackpool team mates are looking forward to a glamour FA Cup third round tie against Premier League high flyers Arsenal after the Seasiders defeated non-league side Solihull Moors 3-2 in extra time in their second round replay.

The game had already been selected for television coverage, and will kick-off at 5.30pm on Saturday 5 January. The Cup tie will be shown on BT Sport.

It will now be the second time that English League One side Blackpool will have faced 13-time FA Cup winners Arsenal this season after losing 2-1 at Emirates Stadium in the fourth round of the Carabao Cup in October.

O’Connor, who was on the substitutes’ bench for Blackpool’s nail-biting win over Solihull Moors, scored with a header, but was later sent off, as his side suffered a dramatic 2-1 defeat to Premier League giants Arsenal in the fourth round of the Carabao Cup at the Emirates Stadium on Halloween night.

The Limerick native might well have scored two goals on the night, but was unfortunate to see his 53rd minute effort on goal from another corner come crashing back of the woodwork.

Defender Paudie O’Connor joined English League One side Blackpool on a season-long loan deal from Leeds United during the summer.

Meanwhile, Croom’s Damien McCrory and his Burton Albion team-mates are looking forward to a first ever Carabao Cup semi-final appearance after defeating Middlesbrough 1-0 in their quarter-final on Tuesday night.

McCrory is currently the longest serving member of Nigel Clough’s Burton squad, 2018/19 seeing him in his seventh season with the club after signing in the summer of 2012 from Dagenham & Redbridge.

Burton will now face Manchester City, Arsenal or Tottenham or Chelsea or AFC Bournemouth in the semi-finals of the Carabao Cup in January.

Twenty eight-year-old McCrory also represented Republic of Ireland at under-18 and 19 levels and was Albion's Players Player Of The Season in 2013/14.

The Brewers were only promoted to the Football League nine years ago, but are now only 180 minutes from a Wembley final.

Burton Albion are the first team from the third tier of English football to reach the semi-finals of the League Cup competition since Sheffield United, then managed by Clough, in 2014-15.