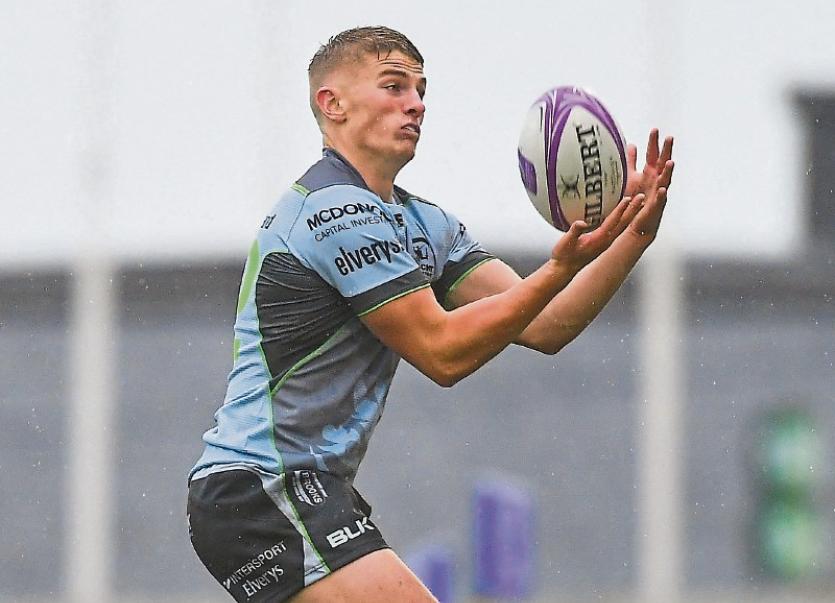 LIMERICK out-half Conor Fitzgerald helped Connacht to a precious 36-21 victory over French Top 14 side Perpignan in the European Challenge Cup at the Stade Aime Giral on Friday night.

Fitzgerald, who started the game for the Irish province, kicked a penalty goal and two conversions as Connacht kept their hopes of reaching the knock-out stages of the Challenge Cup alive with a bonus point win over their struggling hosts.

A fifth win in a row for Andy Friend's side keeps Connacht very much alive as they move to 13 points in Pool 3, two behind leaders Sale Sharks, who host Bordeaux Begles later today.

Conor Fitzgerald’s direct opponent for the game was former Ulster out-half Paddy Jackson who was facing Irish opposition for the first time since his move to France.

Former Limerick minor hurler Conor Fitzgerald made his European Challenge Cup in Connacht’s victory over French side Bordeaux Begles at the Sportsground in Galway in October.

Twenty one-year-old Fitzgerald was a talented under-age hurler with Limerick and played in the 2014 All-Ireland minor hurling decider against Kilkenny at Croke Park.

Fitzgerald, who played a starring role in Shannon’s promotion to Division 1A of the All-Ireland League for this season, was released from the Munster Academy programme at the end of last season.

The talented footballer has since joined the Connacht Academy and was one of two players from their Academy included in the matchday squad to face Bordeaux Begles.

Conor is a younger brother of Munster player Stephen Fitzgerald and impressed in the Munster Schools Senior Cup during his time at Ardscoil Ris.

Conor Fitzgerald made his senior Munster debut in preseason against Zebre in August 2016.

Fitzgerald has also played for both Munster and Ireland at U19 and U20 level, including featuring against New Zealand at the World Rugby U20 Championship in Georgia.

He made his British and Irish Cup debut for Munster A against Nottingham Rugby in October 2017.