Opinion: The pros and cons of using a putter with a fat grip - Ivan Morris 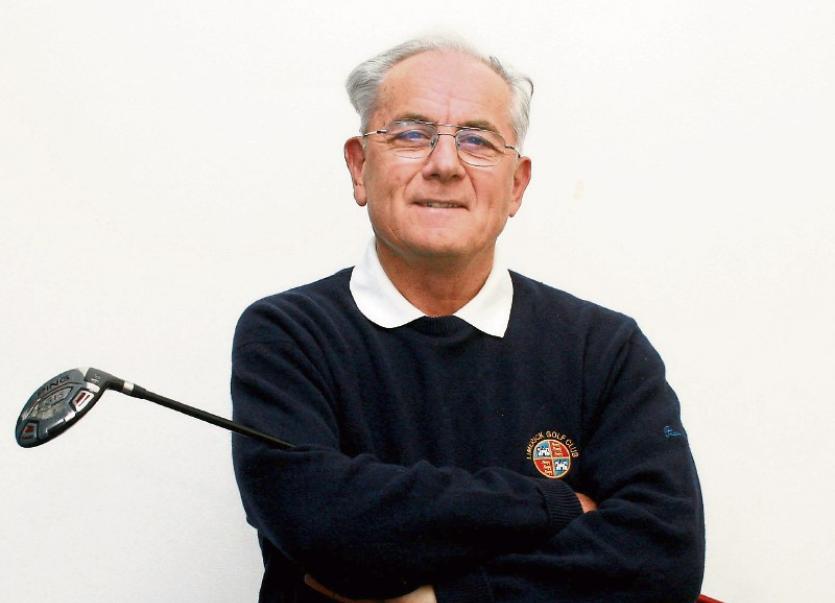 DURING my long, golf career I have had a tendency towards promiscuity; thinking that changing my putter would reap elusive happiness.

Generally-speaking, it proved a futile waste of money. Eventually, I ceased this extravagance and, I'm glad to say, the chances of my reversing into such behavior will not arise for the simple reason that almost, every new putter on sale in the shops these days has a fat grip.

At €40+ just for the grip on its own and some new putters costing €300 and upwards the cynic in me believes that the advent of the fat grip is as much a revenue-gathering phenomenon as a technological revelation.

When it comes to good putting, there are no absolutely rights or wrongs; just stick with whatever works for you and perfect it. Read the putt correctly, have the feel to roll the ball at the correct speed with good hand and eye coordination and whether the grip is fat or thin is irrelevant.

To be fair, the reasons for introducing fat grips are not spurious.

Overuse of 'hand activity' is reduced and the 'encouragement' to engage 'big muscles' and to pull the putter head rather than pushing it comes into play.

While, DIY experts will tell you that it is much easier to turn a screwdriver if there is a fat handle on the end of it than a thin one, it's not applicable in putting.

The firmness with which you hold each of them is not comparable either.

Screwdrivers are held firmly; putters lightly. A fat grip in my hands 'over-mechanizes' my stroke and puts extra 'offset' in my address position; something I have fought against for 50-years.

Having one's hands too far ahead of the ball delofts the putter face and leads to the ball 'jumping' and rolling inconsistently.

What has made up my mind so firmly against fat grips was the experience I had when I couldn't resist buying a new, PING B-60.

I love B-60s. I have owned at least four during my golfing life. Whenever my putting was off, one of my 'stock' B-60s always got me out of trouble and back on track.

I wasn't in the market for a new putter, but I couldn't resist the look and heavier swing weight of the latest B-60 when I picked it up.

Against my better judgement, I gave it a trial but the fat grip increased the already built-in offset and the 'take-off' was never a smooth roll.

It seems to me I now putt better with my hickory blade or hickory mallet from the 1930s. Somehow, it doesn't seem right to have such old clubs, devoid of technology, in my bag of custom-fitted 'high-techs'.

I still like the look of my 2018 PING B-60, but it would upset the balance, feel and swing weight if I took off the fat grip and put on a thinner one.

Someday, when I least expect it, I may find a new putter that I will fall in love with, but I will continue rotating my current stock of old favourites, rather than buying a new putter with the mandatory fat grip on it.

It's the person holding the end of the club who exerts more influence on where the ball goes than the implement, whether the grip is thin or fat. The marketers say that a fat grip 'takes the hands out of the stroke.'

Why would you want to do that? Try putting with the club in your mouth! I putt ‬‬with my eyes -I ‬see the line and simply start the ball along it at the right speed. That is all there is to it.

Keeping one's putting as simple as possible always works! Even if I do not putt as well as I once did, my aging eyesight is to blame and having to wear spectacles that distort what I see plus the fact that I do not practice as much as I should.

I loved practicing my putting but my club 'vandalized' our beautiful practice putting green and it isn't an as enjoyable experience any more. It also hurts my suspect back if I putt for more than 15-minutes at a time.

When I putted my best, I had no idea what I was doing. I just looked at the line, which was always obvious, and rolled the ball at the perfect pace without much thought.

Controlling the pace of a putt is every bit as important as finding the right line. A ball on line but going at the wrong pace won't find the bottom of the cup. A ball travelling too slowly won't reach the target and a ball travelling too fast will rush past it.

We over-complicate putting. Steady hands and a good eye are all you need. Fat grips may suit some golfers, but they do not suit everybody.

The less one thinks about mechanics, the better the golfer will putt. Success revolves around seeing the line, feeling the speed and being confident.

Confidence isn't something you can call up at will, it has to be instinctive. The real crux about not putting well is not the weapon used but the fact that most golfers never practice their putting let alone practice it enough.