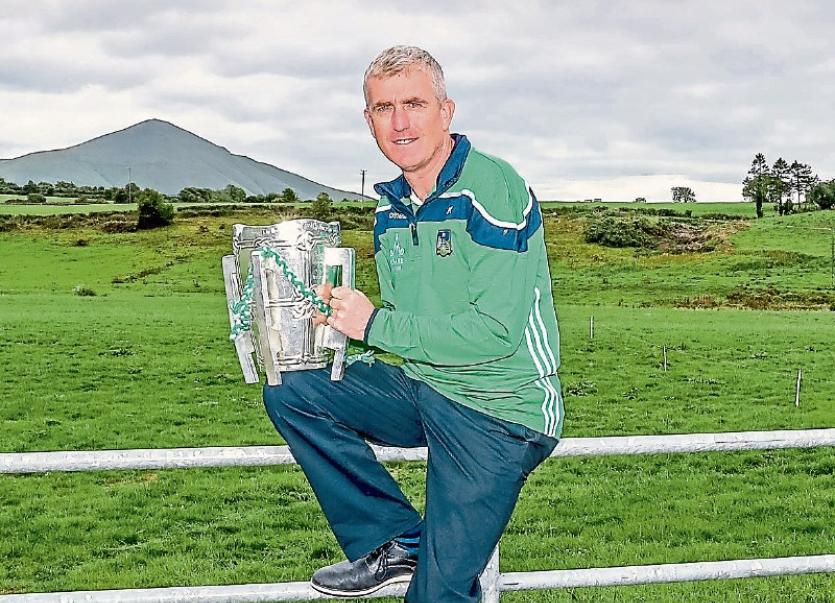 ALL-IRELAND winning manager John Kiely insists that his Limerick hurlers will be ready for the “huge challenge” that the 2019 season will bring for the champions.

Four months after ending a 45-year wait for Liam MacCarthy Cup success, Limerick return to the playing field this Friday (7.30pm) in the Co-Op Superstores Munster Hurling League when Tipperary come to the Gaelic grounds.

“I have no doubt it’s going to be very very difficult and a huge challenge but we have always risen to any challenge put in front of us in the last couple of years. They are a very ambitious bunch of lads and we will really go out and do our level best again, as we always do - every time we play, we go out to win,” said John Kiely at the competition launch.

“I know full well there will be a huge challenge brought to us from the other teams in the competition and that’s a different perspective from the one of the last 45 years - we were always the ones trying to bring the challenge to the other teams that had been successful. We we relish the opportunity of meeting that challenge head-on.”

Kiely added: “It will be interesting to see what effect it will have on the group. Winning is a great confidence booster and fills you with belief that you know you can do it and actually get across the line”.

“We will approach the season very much with a sense of one win at a time - the same as the last two years. We are really looking forward to 2019. I have a feeling, as good as 2018 was in the championship, that 2019 could be even more special - I think there are going to be a lot of really strong competitive panels out there and competition will be incredible over the next couple of months”.

Limerick play Tipperary this Friday and then Kerry the following Thursday and unless they reach the January 13 Munster League final, they will be without competitive action until the Allianz Hurling League starts on January 27.

”We have been watching Division 1A unfold for the last number of years and it’s hugely competitive and they are all difficult games and are played at championship level intensity and everybody gives it their all - we are really looking forward to it and it brings a different dimension to the national hurling league for us and we have been craving that for a number of years and will relish it,” stressed John Kiely.