Robbie Williams is back with Limerick FC 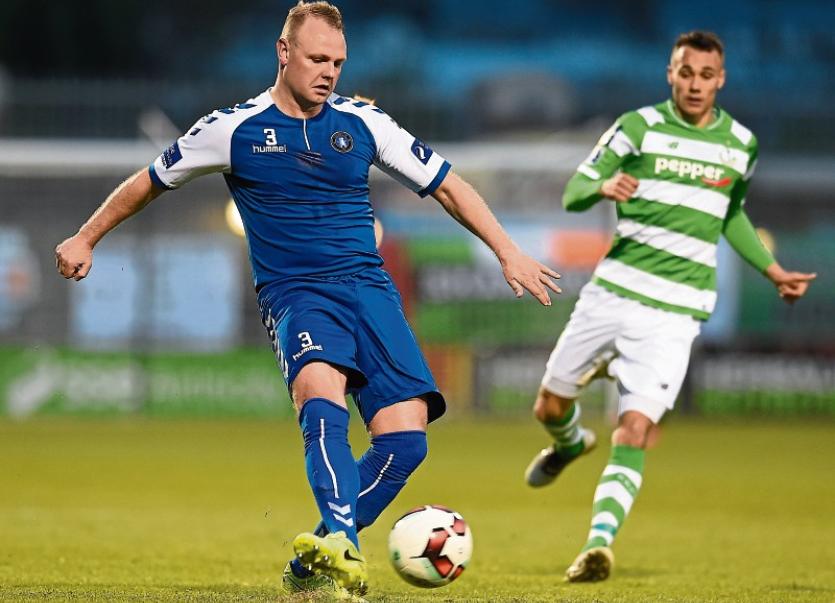 LIMERICK FC have confirmed three new signings for the 2019 season, including the returning Robbie Williams in player-coach roles.

Commenting on Williams’ return, Limerick FC manager Tommy Barrett said: “We’re delighted to have Robbie back in as a player-coach and also in as a coach with the U19’s.

“He is a great asset both as a player and coach with this being a natural move for him. Robbie holds his UEFA B and will be looking to progress up the ladder next year.”

Barrett added: “It’s excellent to have Karl (O’Sullivan) signed for the next two seasons.

“He’s a really exciting player who did well in the Premier Division and will be looking to kick on this season.”

The trio of signings is completed by Aaron Fitzgerald, a graduate from Limerick FC’s U-19 side.

Barrett said: “Aaron has progressed well from last year. He is a committed young local player who, while predominately a centre mid, can also play in the left back position where he featured against Waterford last year.”

Blues boss Barrett has also announced that Ger Barry and Adam Foley, who graduate from our U19 team, have joined up with his squad for next season.

Limerick will begin life back in the First Division on Friday, February 22, 2019.

Limerick FC have lost the services of captain Shane Duggan, who has moved to Waterford FC, and fellow midfielder Cian Coleman, who was signed for St Patrick’s Athletic for next season.