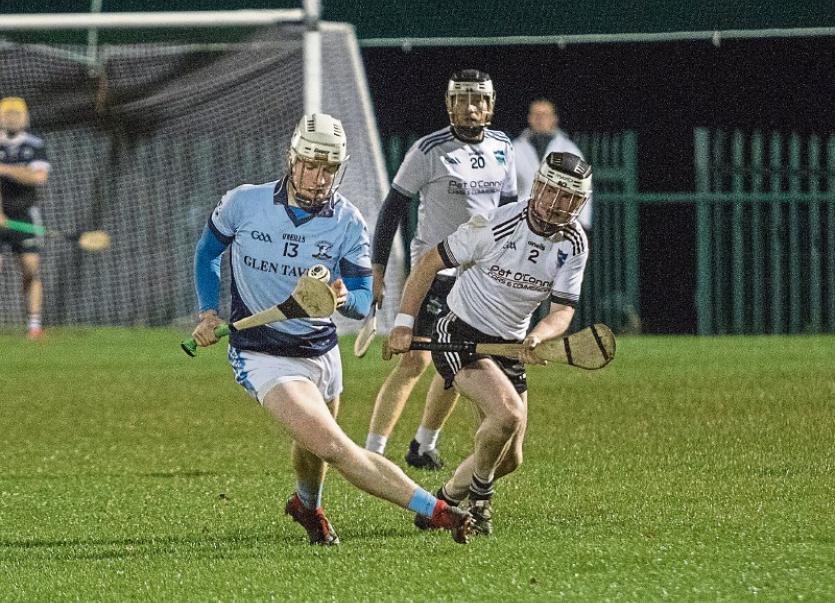 One could forgive Limerick supporters for getting carried away since the All Ireland hurling final was secured last August.

It was and will remain a special occasion that will live with us all until we pass to the next world.

Winning brought tears of joy, of satisfaction but most of all a relief that we had finally crossed the line and ended forty five years of heartbreak.

Those barren years should be a reminder to all and it is my hope that we never have to wait as long again to bring the Liam MacCarthy Cup to Limerick.

The joy experienced by all ages has left a mark on us all. To see what it meant to the young but most especially the old. They had witnessed so many bad days. The love of the green and white was ingrained in ever fibre and they more than most understood the value of winning the All Ireland title.

Winning brings joy but we all need to be mindful of how difficult winning is. Now is the time to look forward, to really ask the questions about how we can build on this win. Are we happy with our lot? Are we happy we have reached the summit? Are we now without problems in Limerick GAA?

Winning has a habit of bringing complacency when a county has not won anything major for a long time.

It provides justification for lads to say all is well. We are in a great place now. The future looks great. This is something I have heard a fair bit since the All Ireland final and to be very honest it worries me greatly.

The joy of winning has kept us going so far this winter but what troubles me is how we can build on this success.

I look around Limerick and see lots of clubs struggling to be relevant. Now is the time to have a very hard look at where we are and how many of these clubs can be helped.

I look at many parts of Limerick GAA and I don’t see long term planning. Would Limerick have won the All Ireland if people other than those running Limerick GAA had not taken the step to set up the academy? I don’t think so.

It took vision to do that and it took a great deal of energy and hard work to keep it going. The value of the All Ireland win will be lost if we don’t build on its impact.

The West Limerick town of Newcastle West has the capacity to have a major impact in Limerick hurling but sadly this highly populated town is a hurling waste land.

I spoke to many in West Limerick this week and they used that term about the entire West Division. This was once a hurling strong hold but bit by bit it has eroded and unless someone shows some vision it could well be irrelevant in the years ahead.

For me, Newcastle West has so much untapped potential. With so many officers from the West Division on the County Board it would be great if they made it a priority even at this stage.

As the county’s biggest town with a population close to 7,000 one can see the opportunity that lies within.

Now, I know Newcastle West has been known for football but the West Board and the County Board need to make this a urgent project and a plan to cover the next five and ten years must be implemented.

It might take someone other than a member of the various boards to drive this project.

Two full time hurling officers should be appointed to cover Newcastle West and the schools in the immediate area.

I am sure the Munster Council and indeed Croke Park would also help fund this project.

Newcastle West always produced some fine hurlers but sadly there is no sustained effort being made to develop this part of Limerick as a strong hurling area.

Take Mungret for example. This area of the City is growing at a huge rate and with planning permission for hundreds of houses this will also be fertile ground for Limerick GAA.

I would say there is room for another club at this side of the City. Massive National Schools and Secondary Schools need to be targeted, supported and developed.

Newcastle West and the schools close to the town should be given serious priority by all of the powers in Limerick GAA. They have a strong population base that most lightly will get bigger.

Rural clubs in many parts of Limerick and beyond are just about hanging on. Players are moving to the cities for work, the difficulty with travelling back to train sees many of them joining up with urban clubs.

For many, at that stage, hurling and football become a way of meeting people. Look at many of the clubs in West Limerick and see how they are struggling to fill teams. We have seen two and three clubs joining to make up underage teams.

Now some of them didn’t need to do that, it became about winning. Going to games where these clubs have joined and seeing ten to fifteen lads on the sideline serves no purpose.

The Kerry County Board, for example, have just introduced a 9 a side competition to keep games going in some parishes.

If so many clubs are clearly struggling where will Limerick players come from in the future?

That’s a question the Limerick County Board need to answer and they need to get their heads around it pretty quickly.

Newcastle West can become another Na Piarsaigh but that will never happen unless people in leadership positions show vision and put the pillars in place before it’s too late.

Take Desmond College for example, a superb school with fine facilities. There is no reason with the proper direction and support that they could not be playing Harty Cup hurling within the next few years.

If you were a good young player but from a small club in West Limerick at this stage what hope have you of developing?

Many people wanted the Divisional teams gone but they might well have a future. Get rid of the Intermediate grade, made the junior grade strong, reduce again at senior level and add Divisional teams.

The Limerick County Board need to find a way to get lads playing senior hurling and when they do they need to show some respect to them as part of Divisional teams and ultimately supplying players to Limerick teams.

Serious mistakes were made by the County Board when Limerick last won in 1973 and look how long it took us to recover.

The people in power need to show real leadership now. Winning was superb but it’s time to move on and ask such questions like, where will the next great players come from?

How can we leave a lasting legacy that will drive Limerick GAA for the next fifty years?

Winning the All-Ireland final provided every Limerick person with great joy but we must close the tap now and look to the future. I am sure the Liam MacCarthy Cup will provide inspiration to so many young boys.

They will remember it for the rest of their lives but there is an opportunity now to secure the foundation for Limerick going forward and I dearly hope everyone takes full advantage of it.