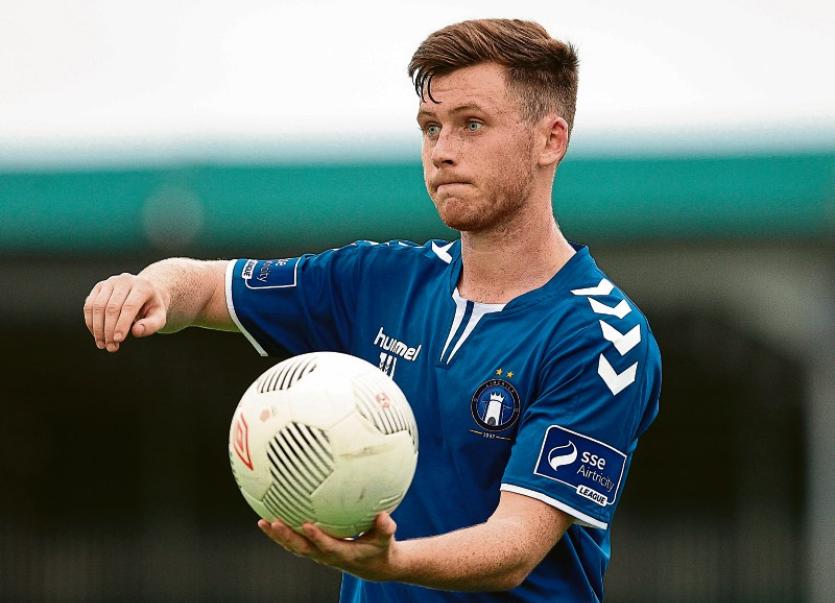 RELEGATED Limerick FC have announced their first new signings of the 2019 SSE Airtricity League First Division season with confirmation that Sean Russell is re-joining the club.

Blues boss Tommy Barrett has also announced that Ger Barry and Adam Foley, who graduate from our U19 team, have joined up with his squad for next season.

Manager Tommy Barrett said he was pleased to welcome Sean Russell, son of former Limerick FC manager Martin, back to the club, noting his technically ability and versatility at playing in a variety of positions, while also commenting on the valuable experience he will bring to the squad.

Former UCD, Shelbourne and Longford Town man Sean Russell joined Limerick at the beginning of the 2015 season that also saw the Blues relegated to the First Division in a play-off with Finn Harps,

The Dubliner re-joined the club two months into the 2016 season and made 21 appearances, including a starting berth in the EA Sports Cup final loss to St Patrick's Athletic.

In January 2017, Russell quit the League of Ireland to sign a contract at American side Louisville City. He then returned to sign with Drogheda United in July 2017.

In January of this year, Russell, who can play as a central midfielder, left-back or left-winger, moved back to the US to sign for Atlantic City, before joining First Division side Galway Utd last August.

(1/4)Signings!!
Limerick are delighted to announce the signing of Sean Russell to the club along with Ger Barry and Adam Foley who graduate from our U19 team.

On the signing of Barry and Foley, Barrett added: “I am delighted to have the two young lads on board and both have done well at U19 level with an eye for goal and will have benefited from the taste of premier division football last year.

“I’m hoping to sign some more experienced players as well as more of the talented young local players in the coming weeks.”