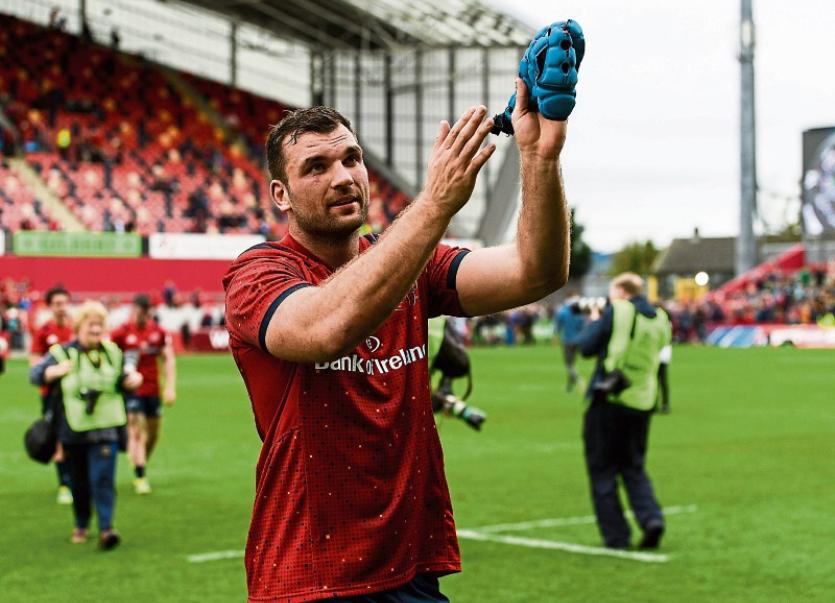 MUNSTER second-row Tadhg Beirne has warned that French champions Castres Olympique will be coming to Limerick this weekend seeking a ‘scalp’ as the Heineken Champions Cup resumes.

Table toppers Munster currently enjoy a two-point lead over second-placed Castres in their pool ahead of the sides’ back-to-back meetings over the next two weekends.

Beirne said: “This club gets very excited when it comes to Europe. We have put ourselves in a really good position from the first two games, we certainly need to keep that up.

“We have two massive games in a row against a really strong French outfit. They are still in it, so you can be sure they are coming to hoping to get a scalp off us next week, so we are looking forward to it.”

Munster have been boosted in recent weeks by the return to full fitness of Ireland international scrum-half Conor Murray and centre Chris Farrell.

Beirne said: “Look, everyone knows Conor (Murray) is probably the best 9 in the world, so he brings his own element, his box kicking is outstanding, his speed of play is outstanding, you could see there he even went to the wing at the end and he just fitted in like it was nothing, so credit  to him and his ability.

“You know I played with Chris (Farrell) at U20 level so I knew how good he was back then. It has been a while since I played with him, but he showed what he can do as well.

“Chris is a big powerful ball carrier, really agile on his feet and has some really incredible passing ability as well, so he has got it all. He was showing that out there today, so that puts us in a great position going forward in Europe.”