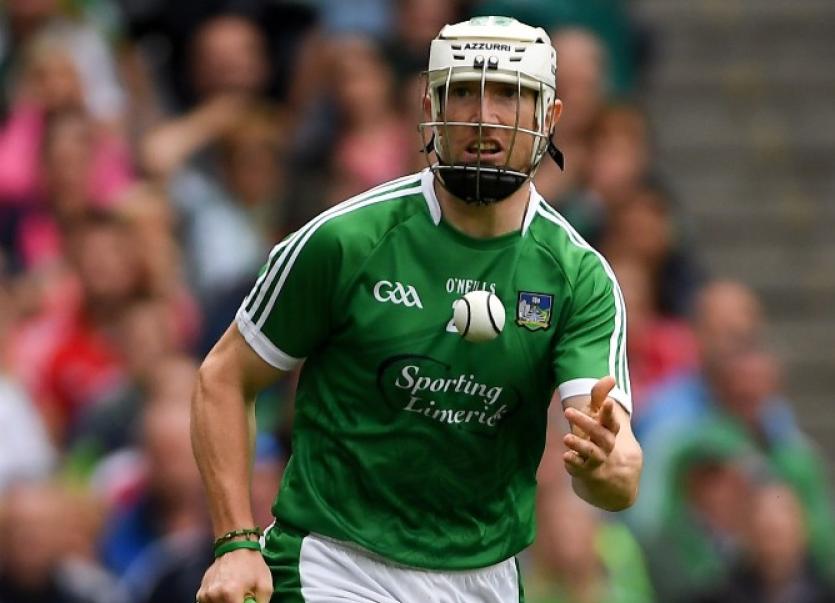 The Murroe-Boher man released a statement via the GPA this Tuesday morning.

Hickey was immediately elevated into the Limerick senior set-up, making his championship debut in 2006 v Tipperary when replacing Denis Moloney as a substitute in the Munster SHC.

Hickey played in almost every line of the field for Limerick from the full back line up to the half forward line; winning the 2018 All-Ireland SHC, a 2013 Munster SHC and a 2011 Division Two Allianz Hurling League title.

With his club Murroe-Boher, 31-year-old Hickey won a Premier IHC this season - helping them to make an immediate return to the senior ranks. Hickey has previously played senior football with Monaleen - winning a 2011 Limerick SFC title.

Limerick played 18 games this season enroute to All-Ireland glory. While Hickey didn't feature on All-Ireland final day this August, he did play in 10 games across the season, including three championship games - starting in the Munster SHC against Tipperary.

"It has been God’s great blessing and an enormous privilege to wear the Limerick jersey from my teenage years through my entire adult life. It is an even greater blessing to have been part of an incredible group of people in 2018 and to deliver to Limerick what the proud sporting county deserved: the Liam McCarthy," said the Hickey statement.

"I have now decided to step away from the Limerick senior hurling panel. I am eternally grateful to my club Murroe-Boher, to the GPA for their incredible support and guidance, to the exceptional teammates I’ve had, the inspiring managers, the perennially selfless backroom teams, the successes, the failures and everything I have learned along the way," he said in the statement.

"It was all made possible by the phenomenal support I receive constantly from my extraordinary wife and children, my parents and my family. They have given so much of themselves so that I could live my dream. My dream off the field has now grown bigger than the one on it and I look forward to being the very best husband, father, brother and son I can be," said the married, father of three.

In November 2015, Hickey was been elected as chairman of the Gaelic Players Association, replacing Dónal Óg Cusack, who served in the role for 13 years.
Hickey had been a member of the GPA National Executive Committee for the previous three years.