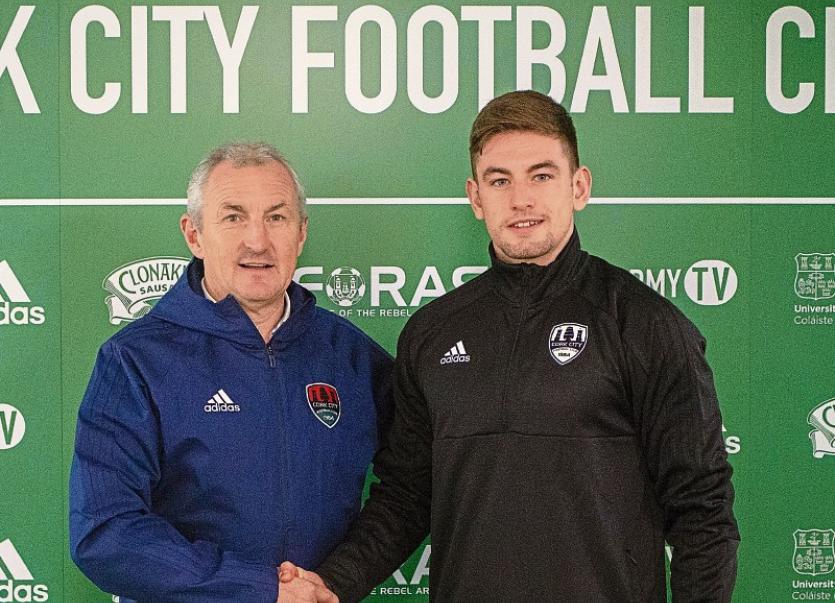 Cappamore native Ryan progressed through the under-18 and under-21 ranks at Huddersfield Town before becoming a regular in the under-23 team.

Ryan is a former Cappamore Celtic, Fairview Rangers and Limerick FC U-19 netminder.

Ryan told the Cork City FC website: “I am really looking forward to the coming season. It is Premier Division football and I am just looking forward to improving. It is the biggest club in the country and the club has had a very successful few years, so I am delighted to be part of that.”

“I made the decision to come back to Galway to get game time and play competitive football, and it was the best decision I have made. I have definitely matured, and game time as young player is vital. Mark McNulty has been fantastic for Cork City for many years, so I am looking forward to working with him. I will push him, he will push me and hopefully we will get the best out of each other.”

“I want to keep getting better, keep pushing myself, you are never the finished article. I want to get as many games as I can and be the best that I can. I want to keep learning and I want to enjoy it.”

Delighted to be signing for @CorkCityFC Looking forward to getting started and to work hard for the coming season ⚽️ https://t.co/ghAlU7Cto1

Cork City boss John Caulfield welcomed the signing of Limerick native Ryan, saying: “He’s a Limerick lad who was over in Huddersfield; he came back and played a full season with Galway last season, getting a lot of games under his belt. We are looking forward to him coming in and competing with Mark for the number one spot.”

“He’s very athletic and very good in his box; he’s young but he has a full season under his belt and we have had a good look at him. We feel that, working alongside Mark and under Phil Harrington, he can do well. He has a great attitude, he wants to go to the highest level he can and he will be great competition for Mark.”