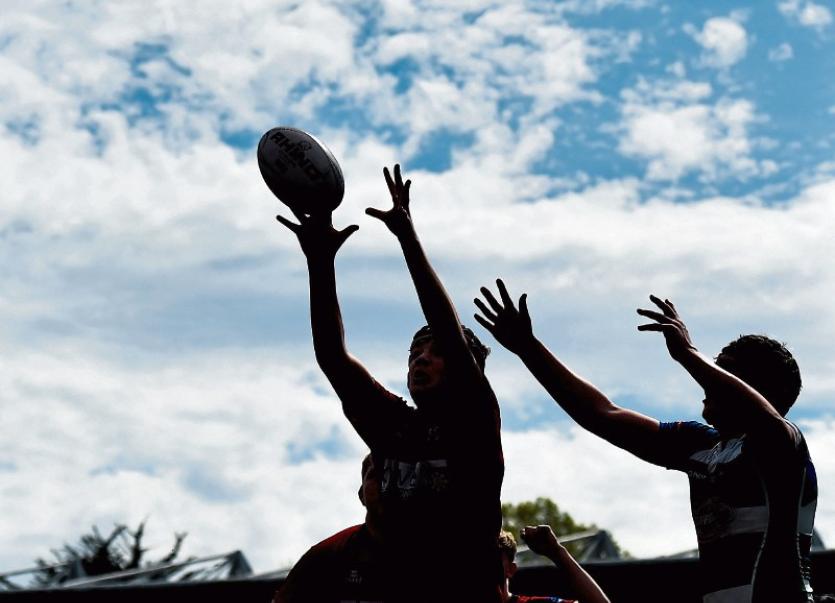 THERE were three Limerick wins, while Young Munster earned a dramatic draw in the top flight, on a mixed weekend for Limerick sides in the All-Ireland League.

In Division 1A, Garryowen moved up to fifth-place in the table on the back of a nail-biting 17-16 victory over Terenure College at Lakelands.

Garryowen, who led 6-5 at half-time, had a try from Darren Ryan, while exciting out-half Ben Healy added four penalty goals in a precious victory over the division’s basement side.

Also in 1A, Shannon dropped to sixth place after finding champions Lansdowne too hot to handle in a 32-15 defeat on the back pitch at Thomond Park.

Conor Fitzgerald kicked a penalty and conversion for the home side. Next up for Shannon is a trip to Dooradoyle for a crucial AIL 1A derby clash with Garryowen on Friday next, 8pm.

The game produced no fewer than 11 tries in all, with Munsters' claiming six of those touchdowns.

Munsters’ looked set to take only two points from the game only for UCD to miss a straight forward looking conversion at the death.

The Limerick side had looked in control of the game when leading 34-19 at the hour mark. However, they were pegged back by the resilient students.

In Division 2C, in-form Bruff defeated Omagh 23-17 at Kilballyowen Park to make it six league wins on the bounce and jump up to a lofty second place in the table.

Bruff led 17-10 at half-time, with a Cillian Rea try helped the home side build their seven point advantage.

After Omagh has drawn level in the second half at 17-17, Kevin McManus kicked Bruff in front with a penalty goal, while another penalty ensured victory for the South Limerick side.

WATCH: Tough day at the office for @Shannon_RFC v Lansdowne at Thomond Park in All-Ireland League Division 1A but home side managed 2 tries including this one from Nathan Randles off crossfield kick #LLSport @Limerick_Leader #AIL pic.twitter.com/TEKIsd4quT

However, Thomond had to make-do with taking a losing bonus point from their 19-13 defeat away to City of Derry. The defeat, Thomond’s sixth in seven AIL games, has seen the Fitzgerald Park side drop to bottom place in the 2C table.

Thomond, who trailed 6-7 at half-time, had two penalty goals in the first half from the prolific Evan Cusack.

A Cusack try, following a fine carry from Eoin O’Neill, had Thomond 13-7 to the good after the restart. However, two tries for City of Derry turned the outcome in their favour.

In Division 2A on Friday night, Old Crescent recorded a precious 29-15 bonus point win over Nenagh Ormond at Rosbrien, while UL-Bohemian rallied strongly to take a losing bonus point from their 24-20 defeat away to Cashel.

Old Crescent scored all of their four tries in the second half as they rebounded from a 10-3 half-time deficit.

The Limerick side had tries from Cathal O’Reilly, Gary Fitzgerald, Val McDermott and Jack Hogan, while reliable goal-kicker Ronan McKenna kicked a first half penalty and three second half conversions.

After Cashel took control of their game establish a commanding 24-6 advantage, UL-Bohs rallied bravely. James McCarthy went over for a try on 66 minutes for Christy Neilan's side and added a second try on 70 minutes. Bourke converted both to seal a losing bonus point for the Limerick side.