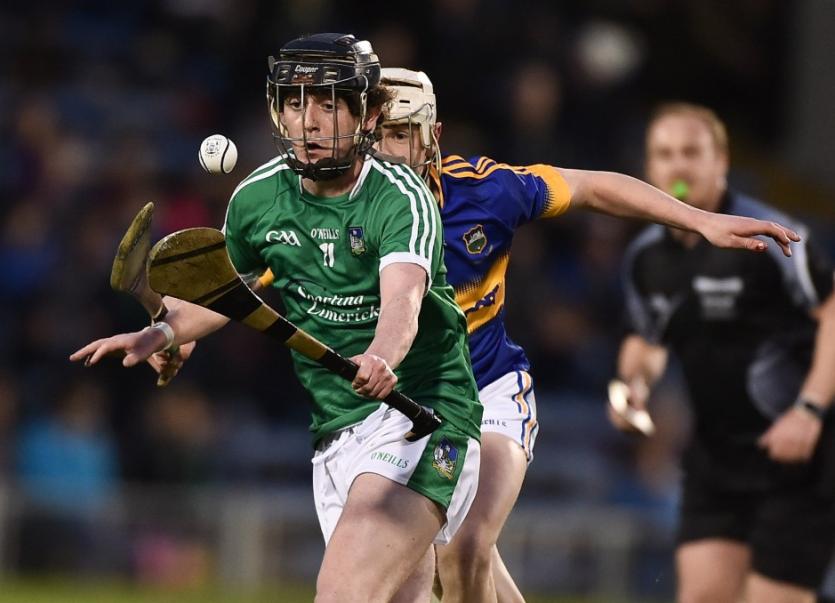 Paul O'Brien in action for the Limerick minors in 2017

A Munster Council meeting this Thursday evening made the draws for the 2019 Munster U-20 hurling and football championships and also the McGrath Cup.

Billy Lee's Limerick return to the McGrath Cup in 2019 after opting out last season.

In the early season provincial senior football competition Limerick have been handed a semi final with Cork on Sunday January 6 in Rathkeale's Mick Neville Park.

With only four counties taking part, victory would book a Saturday January 12 final against either Waterford or Clare.

In the Bord Gais Energy Munster U-20 Hurling Championship, Limerick have been drawn away to Cork in a quarter final.

Victory would advance Limerick to a home semi final with Clare.

Two years ago at minor level, Limerick managed by John Mulqueen, lost to Tipperary and Clare but beat Waterford.

Ahead of the first season of this grade moving from U-21 to U-21 in hurling, Limerick are yet to confirm their management team.

Among some of the players that would be expected to feature in the Limerick panel are Paul O'Brien (Mungret), Jerome Boylan (Na Piarsaigh), Dylan O'Shea (Garryspillane), Ciaran Barry and Daniel Minehan (Ahane), Jason Gillane (Patrickswell), Brian O’Grady (Kilteely-Dromkeen).

In the EirGrid Munster U-20 Football Munster Championship, Limerick play Tipperary in a quarter final in Semple Stadium, Thurles. If Limerick win, they are away to Kerry in semi final.

While Limerick are yet to finalise their management, Tipperary will be led by former Limerick U-21 Football manager Tom McGlinchey, who was appointed recently after departing as Waterford senior football manager.

In the other side of the draw, it's Waterford v Clare in a quarter final - winner v Cork in semi final.

Two years ago at minor level, Limerick beat Waterford but then lost to Clare.

This is the second year of the Munster U-20 championship - Limerick lost 1-30 to 0-5 to Kerry last year.