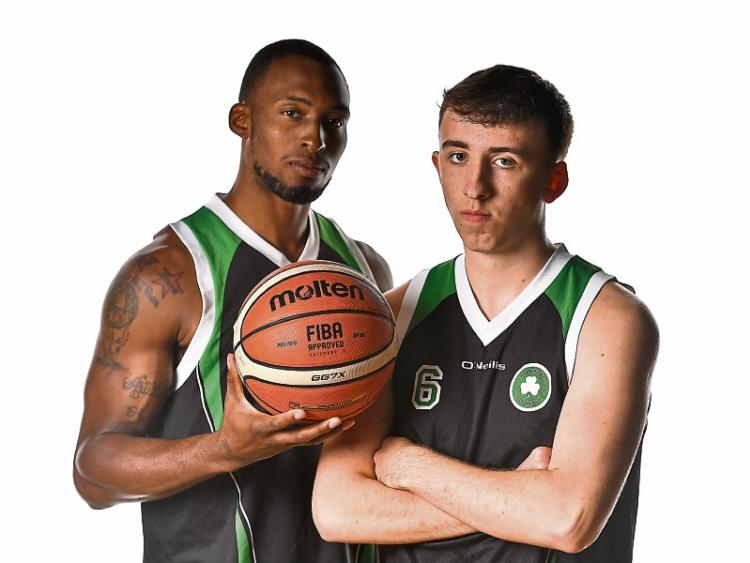 Turrell Morris, left, and Cian O'Reilly of Limerick Celtics will travel to Killarney this Saturday evening, 7pm, to face the Lakers in the President's National Cup

THE Celtics will fly the Limerick flag this weekend in the President's National Basketball Cup.

Tony Hehir's men will look to gather some form in the Cup game on Saturday at 7pm, seeing as they lost out last weekend in the Men's Division One league.

The Celtics hosted the unbeaten Ballincollig and looked like they were on the road to an upset early on as they drove into an early 25-19 point lead at the end of the first.

Turrell Morris led the way for the hosts, finishing out with 21 points, but Ballincollig began to show why they’re unbeaten, as the experience of Ian McLoughlin (31 points), Andre Nation (26 points) and Ciaran O’Sullivan (16 points) saw them take the lead at half time and drive on from there to win out 80-90 in the end.