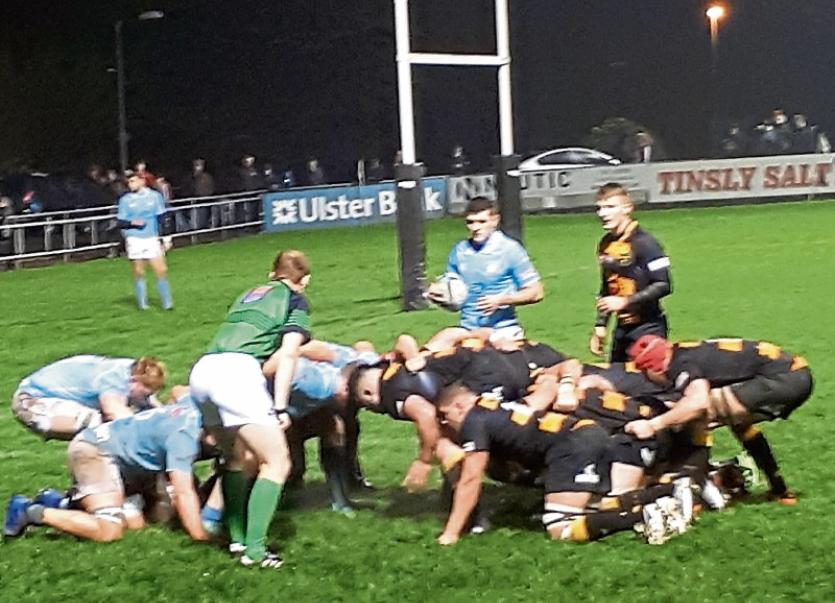 RESILIENT Garryowen ended their three-game losing run in Division 1A of the All-Ireland League after edging past great rivals Young Munster 32-26 in a pulsating game at Dooradoyle on Friday night.

Garryowen had to play the final quarter of the game with 14 men after winger Liam Coombes was red-carded for tackling a Young Munster player in the air following a crossfield kick.

Munsters’, who took two bonus points from the game, scored four tries in all. The Greenfields side, who trailed 14-16 at half-time, had first half tries from Evan O’Gorman and Alan Tynan, following a terrific break from scrum-half Stephen Kerins, while Conor Mitchell and Conor Phillips touched down in the second half.

The results saw seventh-placed Garryowen overtake Munsters' in the Division 1A table at the start of a hectic four-game spell of fixtures.

Garryowen got off to the ideal start when winger Cian O'Shea intercepted a pass close to half-way before scampering over the try-line after a 50-metre dash. Munster Academy player Healy added the extras for a 7-0 lead.

Young Munster hit back immediately and, after a fine break from full-back Alan Tynan, centre Evan O'Gorman dotted down. Shane Airey's conversion tied the scores at 7-7.

A 20th minute penalty from teenager Healy helped Garryowen edge ahead again at 10-7. Back came Munsters', however, after scrum-half Stephen Kerins took a quick tap penalty and darted deep inside the Garryowen '22, before sending full-back Tynan clear to score.

Airey's conversion made it 14-10. However, the complexion of the game changed before half-time as the penalty count against the visitors continued to rise.

Two penalty goals from Healy had Conan Doyle's home side two points to the good at half-time.

After Healy added a 44th minute penalty, O'Shea bagged his second try of the game when touching down in the right corner. The successful conversion made it 26-14 to Garryowen.

Coombes' dismissal saw the momentum of the game swing back in the Greenfield side's favour again.

The see-saw nature of the scoring continued when a try from Conor Mitchell off a well-executed maul, reduced the Garryowen lead to seven points, 26-19.

Crucially, Garryowen responded with points as Healy dult kicked his fifth penalty goal of the game on the hour mark.

The drama was far from over, however, and a terrific try from the speedy Conor Phillips, converted by Airey, left just three points between the sides, 29-26.

Healy's sixth penalty goal of the game sealed victory for the home side. However, they had to withstand strong pressure from their opponents in the closing minutes of the game before closing out the win.