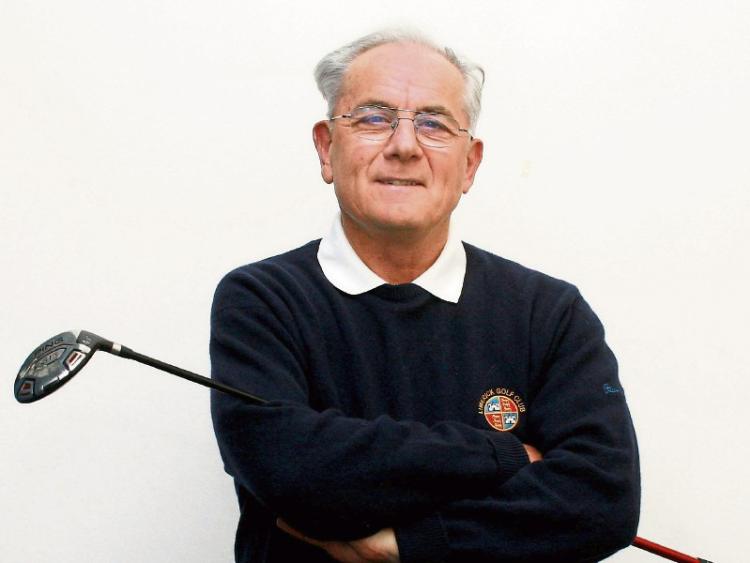 RORY McIlroy could retire this minute and still have had a lucrative career well capable of sustaining several generations of future McIlroy's.

But, his decision to forfeit his membership of the European Tour next year by concentrating on the PGA Tour in America is not without consequences.

It's not good for his image. He might not be eligible to play in the 2020 Ryder Cup Matches and he will NEVER be eligible for the team captaincy role.

But, it's only one of the many ruthless decisions that Rory has made in his young life (he isn't 30 yet); managers (Chubby Chandler, Conor Ridge) and the Olympics cast aside. Caddy (JP Fitzgerald) and fiancee, Caroline Wozniacki, suddenly dumped.

The lure of a more comfortable and private life (with an American wife, remember?) in a tax free haven in Florida and much larger purses to play for on the PGA Tour make him tick now.

Paul McGinley says it is 'extraordinary' that McIlroy is likely to skip next year's Irish Open at Lahinch. Well, I don't! Rory is just being Rory and doing whatever he wants to do.

Lahinch is very low in his priorities. Rory's home is in America; the PGA Tour is where he plays the game. The European Tour needs him more than the other way around.

Rory is rare amongst top sportsman in so far as he tells the public (through the media) exactly what is on his mind even when he knows it may rebound and cause him to be the focus of criticism and outrage. I admire that.

It is not unusual for a professional sportsman to act selfishly. It's part of their DNA. Anyone who believes the pro circus will roll into Lahinch next year as a compliment to Paul McGinley or as an endorsement of the County Clare venue is delusional.

The pros are coming for the money and the ranking points. Legacy has nothing to do with it. Rory's claim in a recent New York Times interview that he was attempting to 'simplify' his life makes sense: “I grew up wanting to be a great golfer, but my soul never burned to succeed at the expense of everyone and everything.

He then quoted from “Essentialism,” a self-improvement book written by Greg McKeown, with the subtitle: “The Disciplined Pursuit of Less.” McKeown wrote that people and corporations tend to begin with a clarity of purpose that fuels their success.

But the realisation of their ambitions also triggers an avalanche of financial opportunities and options that can become obstacles too.

That's where I disagree. What would it profit him to gain the whole world (money-wise) but never wear the green jacket? 'The Augusta Masters' is the one tournament Rory is 'short' in order to reach the immortality of a Career Grand Slam.

Given the depth of young talent arriving on Tour lately, Rory will need to produce his A-game more often than he has done recently and, at the right time.

If he does recover his 'best game' and wins a major or two, history will accord him full respect and missing the 2019 Irish Open (or a Ryder Cup Match) will be soon forgotten.

McIlroy revels in all that life offers. But, in my opinion, to attain 'fulfilment' his best course of action is to accept that wealth and respect follows titles not the other way around.

Enjoying the finer things that most of us know nothing about; high dining, good wine and circulating in the world of celebrity is transitory. While he is young and fit he should be thinking only about winning golf tournaments; preferably major ones.

Rory is a more rounded and likeable individual than Tiger Woods, who is 13-years his senior. I believe deep down that Rory cares in ways of which Tiger is incapable.

Golf fans who idolise their sporting heroes do not understand the wisdom of being "content and fulfilled."

Deep down everyone wants a 'contentment' but Rory will never achieve it if he does not win at Augusta.

Lastly, I believe Rory has been wasting time fretting over finding a new driver for the 2019 season, so he can stay in step (distance-wise) with the new 'wonder-kid' on Tour, Cameron Champ. Like so many pros today, Rory is over dependent on technology.

Instead, he should be practicing his putting and 'feel shots' from 120-yards in.

That's where strokes are saved and birdies made.

You don’t have to be the world No. 1 or a Ryder Cup player to have a good life in golf but the luckiest golfers are those who just love the game and get pleasure out of it for as long as they can walk and swing without falling over.  If you’re a member of a club, even if you no longer play, you can go there to sit in a corner with your newspaper and a glass of whatever, watch the golf going on outside or on TV, chew the cud with your friends, put the world and the club to rights - Patricia Davies